The Coast Guard can now spend more than $100 million from a federal trust fund if that's what it takes to pay cleanup costs related to the BP Deepwater Horizon oil spill.

The spending limit was removed as part of a an emergency measure signed into law yesterday by the prez.

The Oil Spill Liability Trust Fund, from which the cleanup money comes, is paid for by an 8 cents per gallon tax on oil companies. 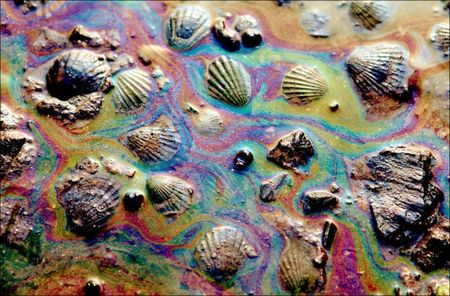 But when it came to increasing taxes on Big Oil, there weren't enough votes yesterday on Capitol Hill.

A measure offered by Vermont Independent Sen. Bernie Sanders to repeal $35 billion in oil and gas industry tax breaks failed to get a simple majority in that legislative body; only 35 voted for it.

Even 51 "yea" votes would not have been enough, as under Senate rules it needed a 60 vote super-majority to pass.

Sander's amendment was part of the continuing struggle debate on the bloated comprehensive tax extenders and unemployment benefits continuation measure.

The main argument against Sanders' oil tax proposal was that it hurt small producers as well as big oil companies.

Of course, Big Oil probably did itself some good in Washington, D.C., yesterday when the chairmen of ExxonMobil, Chevron, Shell and ConocoPhillips took shots at competitor fellow industry member BP.

All told a Congressional hearing that they would have done things totally different if they had been in charge of the Deepwater Horizon rig.

Apparently it's true. There is no honor among thieves big business.