Graphic looks at where your taxes go

Most of us have finished our 2009 tax returns. And though Tax Freedom Day(s) 2010 have come and gone, Uncle Sam is still taking a bite out of our paychecks.

So in this recess before the Senate returns and starts considering which tax breaks we might get again and who will pay for them, otherwise known as the annual tax extenders legislation, it's as good a time as any to take another look at where our tax money goes.

As the graphic below indicates, most of the average household's tax dollars are not going to the IRS, but to cover Social Security benefits.

And we can't overlook the more than 9 percent of each of our annual tax payments that goes to pay interest. 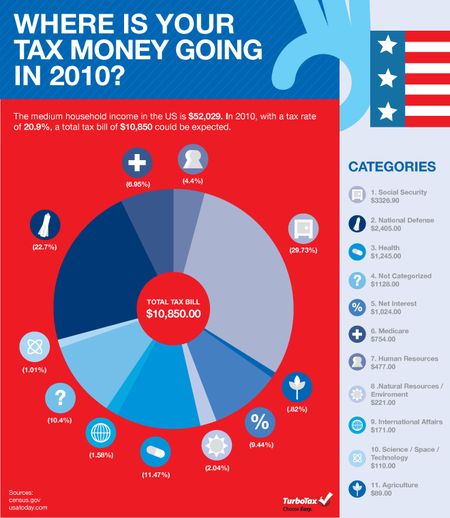 For an even more detailed visual of our tax dollars, we have Death and Taxes 2011 by Jess Bachman via Wall Stats. To get a larger view, click the box with arrows in the upper right of the graphic. 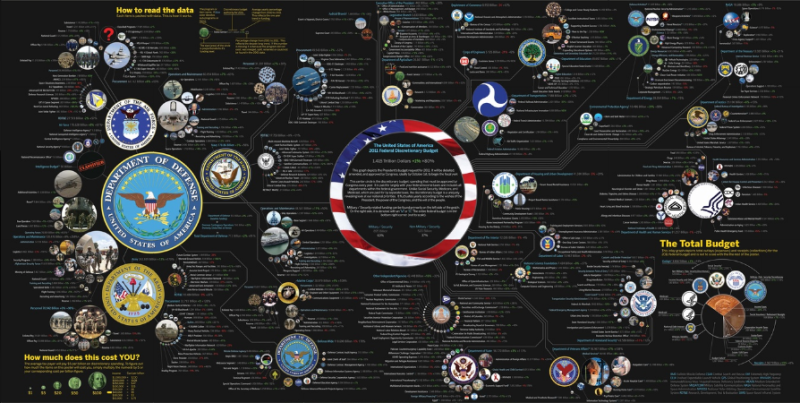 Dubbed "the most open and accessible record of government spending ever to exist (in 6 square feet)," the poster is a representational graph of the federal budget.

Each year, Bachman takes the data from the president's annual budget request, proposals that Congress will debate, amend and in many cases approve in some form for the fiscal year.

All of the item circles are proportional in size to their funding levels for visual comparison and the percentage changes from the previous year, as well as from 2001 to 2011 to illustrate fiscal trends.

This is the fourth version of Death and Taxes, which, says Bachman, displays more than 500 departments, agencies, programs and "just about everything else the government can spend money on."