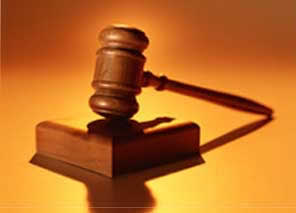 Sorry, people. It doesn't matter that other people used tax software and ended up filing incorrect returns, even if one of them is the Secretary of the United States Treasury.

It's still your, other taxpayers' and Treasury Secretary Timothy Geithner's ultimate responsibility to properly calculate and file your taxes.

When you don't, regardless of who you are and which tax filing method you used, the IRS is well within its rights to demand that you pay your accurate tax bill and any associated penalties that errors might have caused.

The TurboTax excuse: You remember the Geithner case.

During his Senate confirmation hearings last year, it was discovered that the man who wanted to be in charge of the United States' money had filed some incorrect returns.

Geithner initially appeared to blame the TurboTax software he used for the errors. Eventually, though, he apologized for the filing mistakes and acknowledged that he as a taxpayer bears full responsibility for getting his taxes right.

The pair had asked the Tax Court for a redetermination of taxes the IRS said they owed. In 2004 and 2005, Lam operated a real estate business and filed tax returns in connection with that income.

Eventually, many of the facts of the returns in question were stipulated by both parties. So what was left for the Tax Court to decide was whether Lam and Chang had to pay the penalties.

The 'Geithner defense': In arguing that the penalties should be waived, the Tax Court memo noted that "Ms. Lam did not attempt to show a reasonable cause for petitioners' underpayment of taxes. Instead, she analogized her situation to that of the Secretary of the Treasury, Timothy Geithner."

That's right, she went before the Tax Court and cited a Wikipedia article on Geithner's tax-filing tax errors that came out during his confirmation hearing.

Lam, according to the Tax Court memo, essentially argued that, like Geithner, she used TurboTax and also ended up with mistakes on her taxes.

But, said the Court, it was not a flaw in the TurboTax software which caused Lam's and Chang's underpaid taxes.

The Court pointed to a prior case, Bunney v. Commissioner, in which it had noted that  "Tax preparation software is only as good as the information one inputs into it." Since Lam and Chang did not show "that any of the conceded issues were anything but the result of [their] own negligence or disregard of regulations," said the memo, they are liable for the penalties.

And although the Court acknowledged that in some situations the advice of a tax preparer could be taken into account when deciding whether to assess penalties, that was not the case with the Lam-Chang filing.

"Ms. Lam did not rely on a professional preparer, but used TurboTax and stipulated to preparing her own returns without a tax professional," said T.C. Memo 2010-82. "Accordingly, the Court sustains respondent's (the IRS) determination that petitioners are liable for the section 6662(a) accuracy related penalties for their 2004 and 2005 tax years."

To make sure the couple got it, the memo closes with:

The Court has considered all of petitioners' contentions, arguments, requests, and statements. To the extent not discussed herein, we conclude that they are meritless, moot, or irrelevant.

Such irrelevance in this case cost Lam and Chang $1,882.

When I first read this article, I thought you were going to argue that the taxpayers should have gotten off.

But, like you eventually showed, the facts of the case showed that the petitioners PROBABLY made their error intentionally and even if not, it was CLEARLY wrong what they were trying to do.