Here's a tax season newsflash that's no longer news to anyone: Many Filers Confused by Stimulus Tax Credit.

I've heard this complaint all filing season from readers and tax professionals (and my own family!).

Sadly, the cliche that no good deed goes unpunished is never more evident than when Congress creates a new tax law and the IRS implements it.

The Making Work Pay credit was designed to give single workers a credit of up to $400 ($800 for married couples filing jointly). So that people could get use of the money sooner, payroll withholding tables were adjusted to reduce the amount of federal taxes taken out of worker paychecks. 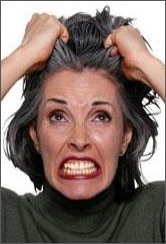 That, unfortunately, has not worked as well as lawmakers had hoped, from either the tax or public relations perspective. The per paycheck reduction was nominal and many people didn't really notice -- or jump start the economy by spending -- the few extra dollars every payday.

Worse for politicians, folks have gotten used to rebate checks. Now that seems like real money! The second most common question about the Making Work Pay credit has been "Why couldn't they have sent us rebates again?"

That's a whole other blog post (which I touched on back in July in this post's section entitled Why I hate rebates). Right now, though, suffice it to say that it is what it is.

And that leads to the most common credit inquiry: "Do I have to do something in connection with that credit we got in our paychecks last year?"

The short answer is "Yes." You need to file Schedule M.

New credit, new -- and overlooked -- filing duties: I know its seems counter intuitive, since your payroll taxes were reduced last year because of the credit.

But just like your payroll taxes don't officially count until you enter the amount on your return, the Making Work Pay credit isn't, well, credited, to you until you claim it.

Unfortunately, more than 4 million filers have neglected to claim this credit so far this filing, says the IRS. As an estimated 60 million of us finally send in our returns this week, expect more missing Schedule Ms.

The IRS says its employees are correcting returns that are missing the schedule and not officially claiming the new credit. That's nice of them. But it also slows down the overall processing of returns, so refunds will be delayed, too.

How the credit fits into filing: If you look at your actual tax return, you'll get a clearer idea of why you need to claim the credit.

On page 2 of Form 1040 in the section titled "Payments" (lines 61 through 71), the Making Work Pay credit amount goes on line 63. That figure is calculated on Schedule M and then transferred to the return.

That entry is right there along with estimated tax payments you made last year, as well as your withholding on your W-2.

There's a similar place for the credit amount on 1040A.

If you file the 1040-EZ, you figure your credit using the worksheet on the back of that shortest tax return.

The bottom line is that to ensure you get your $400 or $800 if you're married filing jointly, complete Schedule M and then enter that amount on your 1040.

My new-look Bankrate blog: I talk more about Making Work Pay confusion in my other blog over at Bankrate.

When you go there to check it out, you'll notice that the site has made some changes. My blog is no longer Eye on the IRS. That's why I've taken the eyeball link out of this blog's right nav bar; some folks who thought it was a bit creepy are glad about that!

Instead, the tax blog is now simply called Taxes Blog.

Personally, I miss the alliterative cadence of the old name. The new version, however, does allow for more timely posting over there and readers now have the chance to comment. Overall, it's a good move.

And I promise not to double up in the future (or not very much!). But this Making Work Pay deal is still such a mess that I felt it warranted coverage on both sites.