I'm  not a big Steve Carell fan, probably because I really enjoyed the British version of The Office much more than the U.S. remake.

And Tina Fey's last big-screen outing didn't appeal to me at all. 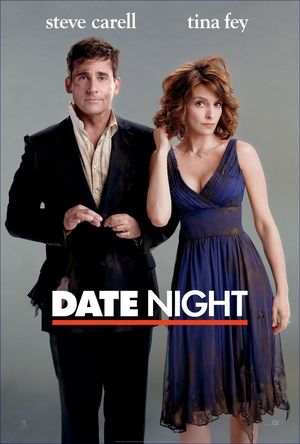 So I was skeptical of "Date Night."

Lately though, the flick is starting to look a bit more appealing. At the Movies this week gave it a conditional OK (Michael Phillips says see it, while A.O. Scott suggests waiting for the DVD).

Then today, I learned a tidbit that makes it a must see: Carell's character is a tax lawyer.

Now I have no idea just how much his profession has to do with the plot, but at least it's apparently mentioned. And I'm tax geeky enough for that to make me give the film a shot. Hey, I liked Stranger Than Fiction.

Now whether I can convince the hubby to join me (after April 15, of course!) on our own, much less exciting (I hope!) date night remains to be seen.

Take a look: Speaking of seen, you can check out the Date Night trailer and a variety of clips at Rotten Tomatoes.

My favorite scenes are, of course, the Carell-Fey couple's snarky comments about fellow diners. Not that the hubby and I do anything so mean … very often!

Hey It is quite romantic as well as interesting movie. Every scene of this movie make you laugh. You must go for it. I wish you will also enjoy the movie.