Attention, not luck, will prevent an audit 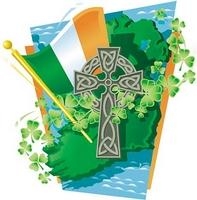 On St. Patrick's Day, we all claim a bit of the Emerald Isle. But it takes more than the legendary luck of the Irish to prevent a tax audit.

True, the IRS has most recently been focusing its examinations on higher income taxpayers.

And more business, both large and small, also are getting once overs, especially when it comes to how they classify workers.

So most of us don't have to worry that much about getting that dreaded letter from an auditor. Unless, of course, we do something that attracts an IRS examiner's eye.

One way the IRS decides whether to pull a return for a closer look is if it sticks out from the crowd. Yep, when it comes to taxes, it doesn't pay to be unique.

What's the DIF? The agency uses DIF, or Discrimination Information Function, to compare filings. Basically, your tax return is compared to a computer model and is given a DIF score rating the probability of inaccurate information on the return.

Returns with high DIF scores are pulled and reviewed by actual IRS employees to determine which ones have the greatest potential for yielding additional taxes and, of course, the associated interest and penalties.

While the IRS acknowledges that is has a DIF system and tweaks it now and then, it's a highly guarded secret as to what goes into the calculations. But over the years, it's become obvious that the IRS doesn't look kindly upon filers whose itemized deductions vary greatly from the claims of most other taxpayers in the same income bracket.

So with the April 15 filing deadline less than a month away and many of us scrambling to find as many tax cuts as we can, I wanted to share with you some numbers pulled together by the tax information and software company CCH.

The table below is based on IRS statistics for tax year 2007, the latest complete figures available when it was produced earlier this year. It shows the average amount of popular deductions claimed on Schedule A's that year in six income brackets.

Remember, these are averages only. CCH warns that the IRS takes a dim view of taxpayers who base their claimed deductions on these figures.

But the amounts are useful in helping you see if your actual deduction might be a tad out of line.

Now don't go scaling back just because that's the case. Just make sure you can document why you have such a high, say, medical deduction claim. If you can prove it, then claim it.

Part of how they get the DIF score is from the results of NRP audits. When they first started they were done every few years. Now, for 1040s, they are constant. Anyone may be audited for an NRP audit. In the old incarnation, TCMP audits I once audited a 1040EZ for a high school kid with a couple of small W-2s.

Actually, you should have the documentation to verify ALL itemized deductions claimed on Schedule A (no matter how high or "out of line" it may be). In the event of an audit by the IRS the burden of proof is on the taxpayer to verify anything that is claimed on the tax return. As such, the rule is actually quite simple . . . if you don't have the documentation, then don't claim it.