What government services would you
give up for a lower tax bill?

Remind me not to move to Colorado Springs. Or even visit there. Its anti-tax residents have decided to rough it rather than pay for services most of us take for granted.

Streetlights have gone dark. Buses don't run at night or on weekends. Road paving is out. Trash is no longer collected at city parks.

And that's just for starters.

The Denver Post says that city recreation centers, indoor and outdoor pools and some museums will close by the end of March. Landscaping at public places, including mowing and watering, will end soon.

Fire and police department jobs will continue to disappear. So will the city's police helicopters. Want to buy one? They're for sale on the Internet. 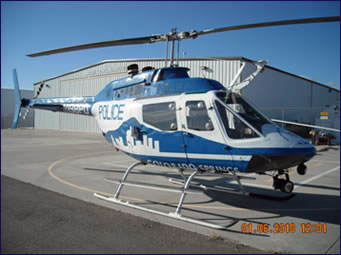 Cash-strapped Colorado Springs: The reason for all the cuts? The city's growing financial woes.

As is happening everywhere, sales tax collections are down. In a recession, people don't buy as much, which means they don't pay sales taxes. Colorado Springs' 2010 sales-tax collection forecast is almost $22 million less than in 2007.

And then there's the electorate.

Last November, Colorado Springs voters soundly defeated a proposal to increase property taxes. Without the higher levy, the city's treasury is out $27.6 million.

That money would have gone toward the city's $212 million general fund budget. But voters apparently don't trust city government to wisely spend a general tax increase.

When a town dies: So now Colorado Spring is dying the death of a thousand budget cuts. Residents soon will have to decide just how much deconstruction of their town they're willing to take.

I understand the frustration. When times are tough, the last thing you want to do with your limited cash is send some of it to the tax collector.

For homeowners, that "enough already with the taxes" position is aggravated (in every sense of the word) when the levy is on a residence that's gone down in value.

And yes, officials at all levels of government too often make poor fiscal choices that cost us more in taxes than we want or are able to pay.

Back to tougher times: But are we all really ready to essentially go back to the totally on your own days of the Wild West? I'm a native Texan and we take our independence and self-reliance very seriously, but I also appreciate the value of a good community.

What do you think your home will be worth if buyers have to negotiate potholes to get to it?

Or you can't sell your house for any price because the nearest fire station was closed down the night that an electrical glitch ignited your attic.

Or your kids can't play in the overgrown neighborhood park that's become home to rodents who love all the increased ground cover.

And about your kids' education. Their teachers' salaries (as well as school infrastructures) are paid with property tax money. When it dries up, the city will indeed be back to the proverbial one-room schoolhouse.

That's a fine romantic vision in a western movie, but not so good to meet today's educational needs.

Time to get real: It's all fine and well to be angry about excessive taxation. But don't think for a minute you can get away with no taxes.

And don't be manipulated by politicians who are more concerned about themselves than about the communities they say they want to serve. The demagoguery is only going to get worse as we near the November elections.

Despite the hysteric cries of the totally no-tax crowd, every tax isn't a weed to be cut indiscriminately to the ground. There are wildflowers among them that benefit everyone.

Both sides need to drop the inflammatory rhetoric and figure out a way to keep Colorado Springs, and other cities across the country in similar straits, from drying up and blowing away. Trust me, that is what will happen.

Eventually folks will leave for a place that yes, collects taxes they don't like paying, but also provides services and a true community that they want and need.

When jogging through city parks, it sometimes occurs to me the opportunity that could exist there.

Imagine if some community minded organization were to organize and promote a senior patrol to perform regular park maintenance. Retired or semi-retired people who like the outdoors and being with other like-minded residents could have fun and save the city some expense.

I don't know whether that would offer much to municipal governments in the way of expense savings, but it would be something. And, it could be a great way to build that sense of community, and perhaps to bridge generations, as it may bring seniors and children together in a safe setting.

That's a rather sketchy description, lots of detail to be filled in, but maybe a seed of an idea.

I think the main point that we need to examine before we let our infrastructure deteriorate is the things our governments NEED to do and things we WANT our governments to do. I would consider basic infrastructure as something the government needs to do in providing a place where we can all be prosperous and continue advancing and creating wealth.

The things we may want government to do are what need to be put to the light of scrutiny. Perhaps the economic impact of wealth redistribution and overpayment of city administrators should be examined before we let the roads turn into Minimum Maintenance Roads (I'm sure you know what I'm talking about on the back roads of Texas).

I think we would find lots of tax savings in examining the necessary role of government at each level and then setting the budget of the government closer to that level instead of growing the government to consume every last bit of revenue it can collect from its citizens.

I live in Colorado Springs and there is a lot more going on that us just not wanting more taxes. Our City Council has made some very bad decisions recently and have lost any trust they may have once had. Part of this is a result of the City "punishing" us dumb electorate when elections don't go their way. This isn't the first time we lost high visibility services. Funny how the 10% of the budget that gets the shaft are the most visible and important things--street lights, cops, parks, streets, etc.... There is so many other areas that could stand to be cut back on first.