But the Senate's decision yesterday to let the estate tax expire is right up there with the most "what the ..." moves I have seen. 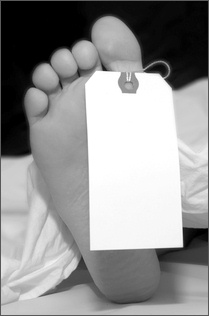 Yep, although almost all lawmakers agree it would be better for most taxpayers (not to mention the federal treasury) to keep the estate tax on the books rather than let it expire on Jan. 1, 2010, the Senate opted to let the .

That was essentially the word from Senate Finance Committee Chair Max Baucus (D-Mont.) after his Republican colleagues blocked an attempt to extend the current estate tax.

"We'll clearly work to [bring back the estate tax] retroactively so that if the law is changed, however it's changed, or if it's extended next year, it will have retroactive application," Baucus said after the extension effort failed.

Debate over numbers: The House has passed a bill calling for a permanent estate tax at 2009 levels: a 45 percent tax on estates in excess of $3.5 million per individual.

Some Senators, however, want a lower tax rate and even larger estates exempt from any tax.

One such proposal has come from Sen. Jon Kyl (R-Ariz.) and Sen. Blanche Lincoln (D-Ark.) who have introduced a bill to impose a top rate of 35 percent on estates worth over $5 million.

Retroactive issues: Congress does have some time next year if they truly do wait until then to deal with the estate tax.

Estate tax filings aren't due until nine months after a person passes away, giving lawmakers until September to get some form of the tax back on the books.

If the law is reinstated retroactively in early 2010, there shouldn't be too many problems. Families and estate representatives will know what the law is well before any tax forms are due.

Without an estate tax, however, some heirs in 2010 could face their own set of problems.

These beneficiaries will have to deal with any capital gains incurred from the sale of their inherited items, and those taxes will be based on the assets' original value when purchased by the deceased, rather than the value upon transfer, known as stepped-up basis.

Rep. Earl Pomeroy (D-N.D.), sponsor of the House-approved estate tax continuation bill, has said about 61,000 estates next year would have to pay the capital gains taxes if no estate tax is in place. If, however, the current estate tax rules were kept as Pomeroy's bill calls for, only about 6,000 estates would be affected.

Could this latest turn of events be a wake-up call? Could the Senate reconsider before Dec. 31 and take action in time to forestall a retroactive remedy?

As just evidenced, anything is possible.

But the mood on Capitol Hill, and especially in the Senate which has been bogged down in health care debate, is not good.  And that doesn't bode well for legislative action in these last few weeks or possibly even in early 2010.

While I don't doubt that lawmakers will give estate tax resurrection a shot when they return next year, whether they actually will be able to do so is, at least in my mind, in doubt. They've had years to take care of this problem, kept putting it off and now we've come to this.

And that doesn't instill much confidence that Congress, despite all its road-to-hell paving intentions, can take care of the estate tax situation in the first nine months of 2010.

Something like more taxation to spur us to think of ways to avoid taxation!

I'm im pretty confident the Senate will pass a retroactive bill. It just seems like they are voting for even less taxes, so that's great! It's just a matter of time.

The Estate Tax needs to go, its that simple. This is a tax that destroys jobs, destroys small businesses, and basically provides the federal government less than 1% of its budget. A simple cost benefit analysis will tell you that this tax is stupid. The fact that people like Harry Reid are in favor of it simply proves that it is ideology that keeps this tax alive.
People who claim that this tax prevents the creation of an American aristocracy are likewise delusional. For starters, the fact that the estate tax causes small business to fold means that those businesses are no longer there to compete against the large corporations that often times buy the small businesses out when the time comes to pay this tax. We are in essence creating an aristocracy of large corporations...I thought liberals hate "corporate America?"
Also, the large life insurance agencies like AIG make over $12 Billion a year on second to die policies. Do we need to prop up companies like this with corporate welfare? This tax is ineffective and bone-headed, to argue otherwise simply evinces a serious ideological slant coupled with a weak grasp on economic reality. Seriously, do we need the government to continue to destroy jobs right now?