The stock market has been creeping upwards, which is great news for folks like me, who are hoping one day to kick back and do exactly what we want, not what we have to do in order to pay bills.

But there's still a lot of retirement planning work to be done by all of us, regardless of where we are on the road to our hoped-for golden years.

When you combine the recent market crash with the fact that many folks used whatever retirement funds they had, both IRAs and company 401(k)s, to live on when they encountered day-to-day financial straits, the country's overall retirement outlook is not encouraging.

So unless you want to work until you die, you need to start finding ways to save for retirement again. 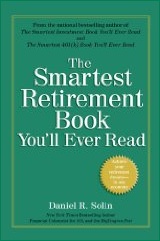 By the book: You might want to start with Daniel Solin's "The Smartest Retirement Book You'll Ever Read," if you can spare some cash (around $22; less if you shop online) you were planning to put into your retirement fund.

While the book apparently doesn't live up to its title according to the New York Times review, which gives it a B-, reviewer Paul Brown does note, "There is certainly a lot to like here, beginning with the premise that if you can't figure out how to make your money last as long as you do, all your retirement planning will have been for naught."

Solin also provides a checklist you should follow in withdrawing your funds (start with money from post-tax retirement savings accounts) and takes a good, hard look at reverse mortgages.

What about your workplace savings? Even if your employer no longer matches your 401(k) contributions or has cut back the amount he adds, a workplace plan still could be a good investment.

Not only do you get a bit of a tax break now by putting in pretax money, the automatic payroll contributions make such accounts an easy way to save for retirement.

But just because your money goes into your 401(k) each pay day without you having to think about it, that doesn't mean you should ignore the account.

Flexo at Consumerism Commentary points out why it's so important to keep track of your workplace retirement money in How is Your 401(k) Retirement Account Performing?

Flexo also offers a bit of reassurance via a link to CNN Money's look at how 401(k) participants have prevailed over the most punishing market in decades.

What about current retirees? Because of the tanking market, Congress gave retirees a bit of a break in 2009. Usually, once you turn 70½ you have to start taking some money, known as a required minimum distribution or RMD, out of any tax-deferred retirement accounts you own.

It's easy to understand why the IRS wants you to start tapping those funds. It's been waiting for decades to get it's piece of that retirement pie. Plus, such 401(k) and traditional IRA distributions are taxed at ordinary income tax rates.

So that older folks wouldn't have to draw down already battered accounts, lawmakers said affected account holders didn't have to take an RMD in 2009. The IRS provides a table you use to calculate your RMD based on your age and the account's balance at the end of the previous year. For 2009, that meant using the horrific 2008 market values.

But some folks might not have gotten the message since the RMD waiver decision was made so late in 2008 (don't you just love Congressional procrastination?) and the news got lost in the holiday/end-of-year rush.

Whatever the reason, if you as an IRA or other tax-deferred retirement account owner (or spousal  beneficiary) did take a 2009 RMD, the IRS says you still have time to put the money back if you wish.

The deadline has been extended to Nov. 30 or 60 days from the date you got the money, whichever is later, to chang your mind. So if you took your RMD in, for example, February, you now can roll the money back into a tax-deferred account without any penalty by the end of November.

Note, however, that this option is not available to non-spouse beneficiaries who are prohibited by the tax code from ever doing a rollover. Get additional details in IRS Notice 2009-82 or from your tax and/or financial adviser. 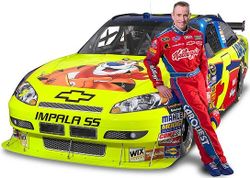 No retirement yet for one racer: All this retirement talk means nothing to NASCAR driver Mark Martin. He turned 50 earlier this year, but he has no plans to stop doing his job any time soon.

In fact, as the oldest full-time driver in NASCAR's top racing series, the Spring Cup, Martin is atop the 2009 championship points list as the racers head this afternoon to Fontana, Calif.

As one of Mark's demographic, if not automotive skill level, peers, I'm delighted by the success he's having. And I talk about why the #5 Chevrolet driver's career season is good not only for him and his team owner Rick Hendrick, but also for NASCAR and the sport's fans of all ages in my latest motorsports column for a couple of Randall-Reilly Publishing magazines.

Check it out in Views from the Grandstands in Truckers News and as Crazy Woman Driver in Changing Lanes.

And as for today's race, I say, Mark, go get those racing whippersnappers!

There are some other benefits associated with 401Ks beyond the match:
http://www.myjourneytomillions.com/articles/sometimes-401ks-are-better-than-iras/

Such as loans and hardship withdrawals

A thought on the 2009 RMDs. This is a great time to plan to convert some IRA money to Roth. Just the amount to fill the current bracket one is in. Since the RMDs aren't required this year, for many, this strategy can be a real tax saver over the years. A bit of math to be sure not to go into the next bracket can really pay off. Just a thought. (as you know as one ages and their RMD withdrawals are forced to rise, they run the risk of getting sent into a higher bracket. Topping off in the early years is an overlooked method to avoid this.)
JoeTaxpayer