It's official. The low inflation rate might help you save a few dollars at the grocery store (although I haven't really seen much difference in my weekly register totals over the last few months), but it's not going to make much differences when it comes to your 2010 taxes.

As I mentioned in my post about the possible $250 rebate for seniors, there's been concern that the negative inflation rate could cause some tax figures, especially in connection with retirement contributions, to be cut.

That didn't happen. The IRS made it official yesterday (coincidentally, or not, on the day that 2008 tax returns absolutely, positively had to be filed) that tax limits on most pension and similar plans will remain the same in 2010.

Also on Thursday, the tax agency released its annual list of inflation adjusted items. This includes such changes (or not) to various credits, deductible interest amounts on assorted loans and the arcane tax on arrow shafts that caught such political and public flack when it was discovered as part of the financial services bailout bill. 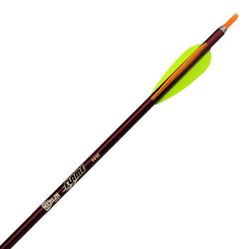 I know you are just dying to know. The IRS says that for calendar year 2010, the tax imposed on the first sale by the manufacturer, producer, or importer of any shaft of a type used in the manufacture of certain arrows is $0.45 per shaft.

Basic tax adjustments: OK, with that intriguing tax tidbit out of the way, I want to focus on three areas that affect the majority of taxpayer: the personal exemption and dependent allowance, the standard deduction amounts and the tax tax brackets.

Because of the low rate of inflation, there isn't much change in any of these areas.

And I must remind you that the amounts in the tables below are for next year, 2010, and apply to that year's returns that will be due on April 15, 2011.

Even though they are very close to the 2009 amounts, they are not the figures you'll use when filling out that tax return, due on April 15, 2010.

I know it's potentially confusing, but the IRS always releases this data in the fall. And for those of you who are obsessive-compulsive very organized and already making some tax year 2010 plans, I wanted to give you the heads-up as soon as possible.

Personal and dependent exemption amount
For the 2010 tax year, each exemption is worth $3,650. This is the same amount that you'll claim on your 2009 return for yourself, your spouse and each eligible dependent.

The only increase here over 2009 amounts will be for heads of households, who in 2010 will get a $50 greater standard deduction. All other filers will see that their deduction amount stay the same as it was for the 2009 tax year.

Tax brackets for 2010 Tax Year
There are still six tax rates, starting at 10 percent and going to 35 percent. Congress hasn't gotten around to changing that ... yet.

For ease of reading since the font in these tables is so small for those of us who rely on reading spectacles, I’ve broken the information into two tables.

The first one has the income bracket info for taxpayers who claim either single or head of household filing status. The next one shows the data for married couples who file jointly (which includes qualifying widows and widowers) and those who file separate returns.

The first column in each table is the tax rate. Columns two and three detail the amount of taxable income that will be taxed in 2010 at those rates for each filing status.

Again, this information applies to 2010 returns. If you want to look at 2009 data, you can check out Bankrate's tax bracket table. And yes, this is a bit of a shameless (but useful I hope!) plug since I put that table together for the site and will do so again (plus much more) for Bankrate's upcoming filing season tax guide.

When we actually get into 2010, I'll be posting about some of the other tax limits that filers will need to know as they work on ways to keep their 2010 bill as low as possible.

If you want a preview you can check out all the numbers in Revenue Procedure 2009-50.