My post on the likelihood of the first-time home buyer credit continuing past its scheduled sunset date of Nov. 30 got a lot of reader attention and prompted one big question.

How much of an extension can we expect?

I'll get to that query momentarily, but first if you'll indulge me, I'd like to lay a little background and foundation.

The first-time home buyer credit was improved -- and actually made a credit, not an interest-free federal loan -- in the American Recovery and Reinvestment Act that became law on Feb. 17.

The bills to retain, expand, make permanent, whatever haven't stopped since. In addition to H.R. 1119, we have in the House:

A few others bills had been introduced before the February stimulus bill change, so I didn't include them. And to be honest, have missed a few.

I also left out those that dealt with changes to the credit as it affects members of the military. As I blogged in House OKs military home buyer credit, the House has passed a measure to extend this tax benefit through Nov. 30, 2010, to our service personnel.

But wait, there's more: Over on the Senate side of Capitol Hill, we have the much ballyhooed measure by Georgia Republican Sen. Johnny Isakson, to expand the home buying credit to anyone, not just first-timers, and extend that break through June 30, 2010.

Since I discounted some House bills that were introduced before the credit's changes in February, I must note that Isakson's measure also was dropped in the hopper back on Jan. 15. But he's doing such a fine job of pushing it out there for public consumption, that I had to note it here.

Other Senate bills to extend and/or expand the credit come from Maryland Democrat Ben Cardin's  S. 1678, also introduced in January; and S. 1728 from Missouri Democrat Claire McCaskill's S. 1728, which could modify the credit for Armed Forces home buyers.

What's going to happen? As you might expect, the modification proposals are as various as the Congressmen and Congresswomen who introduced them. 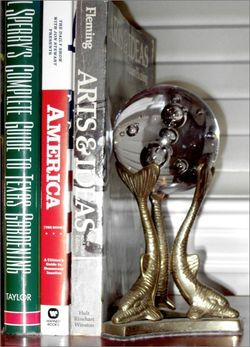 So when I get asked how long such an extension, which I noted last week is seeming much more likely nowadays, might be, I have to honestly say I have no idea.

I really wish I had a better crystal ball. The one I do have long ago gave out on me and is being used as a bookend.

So my next few statements are going to be strictly guesses.

Since the House already approved a measure to extend the first-time home buyer credit to members of the military through Nov. 30, 2010, that date is a definite possibility.

Isakson's bill would continue an expanded credit through June 30, 2010.

And many of the proposals are calling for the credit to be available, either for first-timers or all home buyers, until the end of next year.

Survey says: But y'all asked, so I'm going to creep just a few inches out onto a legislative limb and say I expect a six-month extension. That would get us through next May. By then, we'll have a better idea of how much the housing industry is improving.

Plus, paying for six additional months of credits wouldn't cost as much.

Numbers crunched by the National Association of Home Builders, which supports keeping the credit going for another year, indicate that a 12-month extension and making it available to all buyers, except for investors and vacation-home purchasers, cost $30 billion for that one year.

Yikes! Even with an election on the horizon, or maybe because of that impending midterm vote, that's an awful lot of possible red ink on the Treasury's books.

So I'm sticking with a six-month extension and saying it will continue for first-time home buyers only.

Of course, I could be totally off the mark. And that's why when the hubby and I go to Las Vegas, I stay out of casinos!

I bought my home last May with Intercontinental Capital Group in Washington state. I am a New York transplant out in Seattle semi-permanently on business. If I own a place in New York, but just bought my first piece of property in Washington, are there any state first-time homebuyer tax credits I qualify for?

Actually I locked in my rate a few weeks ago - my loan officer said if rates go down later I can adjust mine then. So I am still safe! I know it seems like rates are only heading up from here on out.

I also wonder if the healthcare bill will affect the market at all...But yes, I think it's best to hold off. Did you already lock in your rate?

Well housing is definitely very slow in January. I once tried to sell a house that time of year and went through three open houses without a single buyer! But I would say if your loan officer thinks rates are going to go down just hold off. Those guys usually have a good sense of the market.

Rates are heading up now, but do you guys think they're going to head back down after New Years? I was hoping to close before the end of the New Year on a house in Connecticut. My loan officer at Intercontinental says to maybe hold since January is traditionally slow for the housing market...thoughts?

I think they have offices in Boston and Chicago. Go to their website (intercontinentalcapitalgroup.com) to see exactly where. I have a friend who closed some commercial property with them and said it went smoothly.

Yeah rates are super low right now. i'm looking to pick up another investment property out in Chicago or Boston. Do you know if Intercontinental Capital Group serves either of those areas?

I don't know if time is of the essence just yet, didn't rates just drop to five week lows?

Tax credits are good, but the important thing is to be nailing down one of the low rates that are available right now. I just got a fantastic mortgage from a bank in NY (Intercontinental Capital Group), that's saving me $230 a month from what I was paying. And just because the Fed says rates aren't going up for a while, housing inventory is on its way down, which means prices will go up and then so will rates. So lock in to a a good rate, then worry about a little tax credit after.

It is unlikely you can close on a short sale in time. A conventional loan on a regular purchase, offer accepted this week, if you're prequalified, etc. is possible.

It's quite likely, but won't happen until end of year, probably after the current credit expires, and whether it will be much different, no one knows. Health care comes first. And trade. And global warming. But as year wanes, the condition of housing market, condition of economy, and Congress goes silly passing last minute tax credits.