The economy is starting to recover, but jobs are doing more than lagging. They are disappearing completely. And that poses some major problems for our tax system. 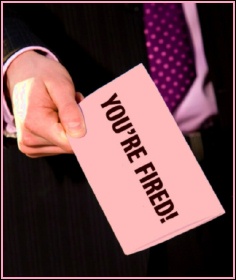 It looks like we're facing a jobless recovery, where the economy grows but job losses persist. That's what happened at the end of the last recession in 2001. Payrolls then continued to decline for nearly two more years.

This time, though, many experts are saying that the lost jobs won't be back. That disturbing employment (or more accurately, unemployment) situation was discussed on Sunday morning news programs, as well as in recent print and online publications.

Uncommon recovery: Typically, economic growth means a decrease in the unemployment rate. According to an economic rule of thumb known as Okun's Law, a 3 percent GDP boost corresponds with a 1 percent drop in the jobless rate.

That law is not holding up now.

White House Council of Economic Advisers Chairwoman Christina Romer told The Hill that forecasting the future unemployment numbers is made even more difficult by the unique nature of the current recession. She noted that job losses have fallen faster than most economists expected given a 1 percent contraction of the economy, the White House's predicted GDP change for 2009.

You've also got to take into account those folks who do have jobs. They are so afraid of losing them, they are actually working harder now. That increase in productivity (called "unbelievably high" by Romer) is contributing to the high jobless rate. No need for companies to hire more folks when the ones they've got are doing such bang-up jobs.

Job loss also is hitting more affluent workers and educated professionals hard. According to a recent study by the John J. Heldrich Center for Workforce Development at Rutgers University, more than one in four of those who were unemployed for the first time earned $75,000 or more in their previous job; one in four first-time unemployed workers have at least a four-year college degree.

And then there are older workers who've seen their retirement accounts dwindle after last year's stock market nosedive. They're now holding onto to their jobs as they try to rebuild their savings.

What about the taxes: But what hasn't been mentioned anywhere was what this will do to our taxes.

Fewer workers will mean less is being paid in FICA taxes, which pay for Social Security. That's not a welcome prospect for a program that already has been the subject of much fiscal concern.

And if we have a permanent group of folks who are earning no income or at best very low incomes, our tax system is in big trouble. The perpetual battle of cutting spending or raising taxes will get even more heated.

Do you raise taxes on those who still have jobs? That's political suicide and we can't ignore that money to run government services are as much, and more in many cases, about political expediency than fiscal facts.

If we go the spending cuts route, that produces another set of concerns. Won't many of those services that will be reduced or eliminated needed by those who no longer can find work?

My head is spinning faster than a campaign consultant's strategy board!

Whither new jobs: Obviously, the key to saving our tax system -- which is something we must do if we want to continue to live together as a united society -- is creating new jobs to add to the tax base.

In the last century we've seen fundamental transitions from an agriculturally based economy to an industrial one and then to a service economy. What's next?

The Obama Administration says the energy sector will be the one that leads the next transformation of the American workplace.

Where do you see new jobs coming from? Or will we just hope that more fast food restaurants will eventually open so workers can encourage us to super size our meals when we finally start spending again?

I wish I had the answer, any answer. I'm not sure who does. But the only way we can find one is to keep asking these questions.

This is called, “Punishing your enemies and rewarding your friends.”

Thanks for your information

Nice blog... very informative... however, you can also get IRS help at www.protaxcare.com... They have been working with the IRS for the past 11 years.