Museums tend to be nonprofits. As such, they don't distribute any surplus funds to owners or shareholders, but rather use the money to help pursue the organization's goals.

And by getting IRS approval for their nonprofit status, the groups are tax exempt.

Taxes, however, can be collected from their visitors. That's exactly what Pennsylvania lawmakers plan to do. 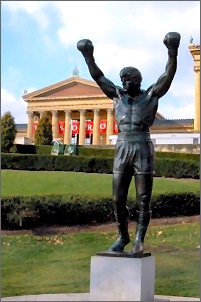 After a budget fight, the Keystone State's legislators reached an accord that would extend the state's 6 percent sales tax to arts and cultural institutions, including theaters and museums.

Movie houses and sporting events would not be taxed.

The extra money from ticket sales taxes would go into a special fund. Details are sparse, but there are reports that "some" of that fund would go back to the performance venues and museums.

That's not enough to mollify many arts and culture lovers.

In today's edition, the Philadelphia Inquirer said that "Filling Pennsylvania's budget gap with a new tax on the arts unfairly singles out a community that already is struggling."

In the City of Brotherly Love, the charge would be even higher. The same budget negotiations resulted in an upcoming increase in Philadelphia's sales tax; that means the tax rate for the city's cultural offerings will be 8 percent.

"It's not clear whether charging an extra $1.28 would deter the average patron from visiting the Philadelphia Museum of Art - probably not," said the Inquirer editorial. "But many arts organizations are teetering on the edge financially, after a sharp decline in private donations. For some, an increase in ticket prices could become the breaking point."

Even the reliably raucous Philadelphia sports fans appreciate more refined pursuits. The Inquirer said an informal poll of Eagles fans at Sunday's game revealed that most of those interviewed would pay an entertainment tax, and they also don't believe it's fair to single out the arts.

Good to see the football fanatics broaden their horizons. And personally, I'd pay added tax of much more than a few cents to see a Philly opera house filled with Eagles and Flyers fans.