What's the deal right now with lotteries? Suddenly we have winners, potential winners and a winner about to forfeit a jackpot.

First, a look at those who cashed in. Two Iowa couples claimed a $1 million lottery prize on Friday. After taxes, the four took home about $700,000 in cash from the Powerball drawing.

Next we head to Italy, where lottery fever has gripped the country. The SuperEnalotto jackpot has been growing since January. It's now worth almost 144 million euros, or $204 million U.S. dollars, the biggest ever in Europe.

Even better for that eventual lucky winner, the prize is tax-free.

The unprecedented potential payout has prompted hopeful Italians and tourists from neighboring countries to line up to buy tickets.

Back across the pond, South Carolina lottery officials are waiting for the winner of Wednesday's $2.599 million Powerball drawing to come forward. The winner will get his or her choice of a lump cash sum of approximately $1.29 million (before state and federal taxes are taken out), or receiving installment payments for 29 years.

And in California, if the holder of the winning Mega Millions ticket purchased in Coronado on Feb. 4 doesn't claim his or her $211,387 by Monday afternoon, the winner is out of luck. At 5:01 p.m. on Aug. 24, the lottery money will go to the Golden State's schools.

No winner here: However, there is one "lottery" that wishful players of chance should avoid. 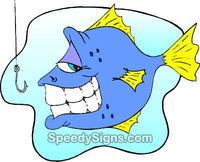 The IRS has received reports of a phishing scam with a lottery hook. The bogus e-mail claims to be from the Treasury Department and falsely notifies recipients that they will receive millions in lottery winnings (or recovered funds or cash consignment) if they just provide the sender with certain personal information.

E-mail messages like this one may be just the first step in a multipart scheme, warns the IRS. Potential victims often are later contacted by telephone or get follow-up e-mails with instructions to deposit taxes on the winnings before they can be released.

Con artists also have sent potential victims phony checks representing their "winnings." In these cases, recipients are told to deposit the check, but also to pay 10 percent in taxes or fees. Some people, according to the IRS, believed the check was genuine and complied.

Now it is true that when you do get a prize or your bets pay off, the IRS does want its share of your good fortune. But the agency is not in the winnings notification business. So don't fall for these illegal entreaties.

Many scams out there: The lottery scam is just one of several identity theft schemes that have been making the rounds.

Remember, the IRS will never, ever initiate contact with you (or any taxpayer) via e-mail. If you get a message claiming to be from the IRS:

The IRS has details on this latest lottery scam and other cons in this notice. The agency also maintains a Web page with info on scams and how to handle them.