People are buying homes again, at least in a few areas of the country. 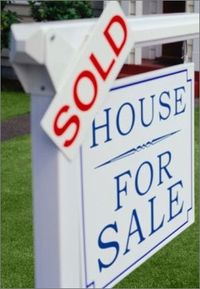 The Case-Shiller Price Index, compiled by Standard & Poor's, reports that sales of existing homes rose last month for the third consecutive time, while sales of new homes rose in June by the largest percentage in eight years.

One of the reasons cited for the nascent real estate turnaround is the First-Time Homebuyer Credit.

The credit  was originally passed in 2008 and improved as part of the 2009 stimulus bill.

In its latest version, it provides up to $8,000 for folks who've never owned a home or who haven't done so in the three years before buying now.

One of the positive changes made in the American Recovery and Reinvestment Act back in February was that the credit amount doesn't have to be paid back, as was required in the credit's original incarnation.

But as is often the case with taxes, one taxpayer's money-saving opportunity is a criminal's chance to cheat the IRS.

Illegal credit claims: Some filers, and even some tax professionals, are illegally claiming the credit. Some, no doubt, are simply doing so by mistake. As with any law change, there's the accompanying confusion about just who and what situations qualify. (If you need a refresher, you can check out this story.)

But others are claiming the credit with tax malice aforethought.

He now awaiting sentencing, which could get him up to three years in jail, a fine of as much as $250,000 or both.

Otto's guilty plea was the first IRS's first successful prosecution related to first-time homebuyer credit fraud. The agency is hoping it's not the last.

So far this year, the IRS  has executed seven search warrants and has 24 open criminal investigations into similar homebuyer credit fraud.

Hire a reputable pro: To ensure that you don't become case number 25, make sure you follow all the new credit rules.

And if your tax preparer says it's OK for you to take the tax break, make sure you understand just exactly how you qualify. Don't fall for a preparer who promises to get you a big refund, a percentage of which he or she might pocket, and then fudges your return to do so.

Remember, even when someone else fills out your 1040, when you sign it, you are responsible for the information on it and, more importantly, any taxes due.

If you're duped by a disreputable preparer, you probably won't end up facing criminal, but you still will owe any taxes (and penalties and interest) that you should have properly paid in the first place.

To make sure you get the best advice, these tips can help ensure you hire a reputable tax professional.

State help available: If you do qualify for the first-time homebuyter credit, remember that it is scheduled to expire Nov. 30. Sometimes the home purchase process can take a while, so make sure you factor in some time so that you own your home in time to claim the credit.

If coming up with a down payment is an issue, you might be able to "monetize" your credit as a down payment. Eligible buyers can use their credit amount to secure a piggyback or bridge loan from private lenders, state housing agencies and some nonprofit groups and use that money as a down payment.

The National Council of State Housing Agencies (NCSHA) has more information about and links to the agencies.