Older homeowners in one small Maine town are getting the chance to reduce their property taxes by as much as $750 by working them off.

Actually, the 20 participants of the Saco, Me., tax-abatement program that began this month are volunteers, notes the Westbrook, Me., Sun Chronicle.

Since the older residents don't technically get salaries, they don't have to worry about reporting income which could affect eligibility for some government benefits they receive.

Instead, they get a tax credit, calculated at an hourly rate by the municipality, which then is used to reduce the volunteer's property tax bill. Saco is the first Maine community to put the program, which was authorized last year, into effect

Under the law, any municipality in Maine can set up a work-for-taxes program that allows residents age 60 or older to perform city services that translate into a maximum $750 reduction of their property tax bills.

The Saco program has slots for 20 participants; 22 applied this initial year. In addition to meeting the age requirement, those who work off a portion of their taxes must be legal residents of the town, have incomes below $60,000 and must own and live at the property for which the taxes are reduced.

One abatement of up to $750 per household is allowed, so if a Saco husband and wife both want post-retirement work, one will have to find a job elsewhere. 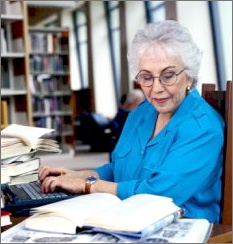 "It provides seniors, some of whom are on fixed incomes, with a way to ease their financial burden a little bit if they can contribute to their communities in other ways," Baldacci said.

According to the newspaper report, many of the participating seniors welcome the chance to "work" again as much as they appreciate the lower property tax bill.

As for Saco, City Assessor Dan Sanborn, whose office oversees the program, said that at full participation, the city would forgo $15,000 in taxes. But that amount, he said, is so small that it would only add about one-tenth of a cent to the average homeowner's tax bill.

With a homestead exemption, a specific dollar amount of a homeowner's properly value is excluded when tax assessors figure the amount of tax due. Here in Texas, for example, $15,000 doesn't count, so if your home's value is determined to be $250,000, then your actual tax amount is calculated on $235,000.

This Texas local-option exemption, as high as 20 percent of the property value on top of the state's standard $15,000 allowance, was granted in more than 200 school districts, who can recoup half the amount of the extra exemption from the state.

That payback, however, is only if the state has enough money left over after paying its other school-finance obligations. In today's economic climate, that refund might not be automatic.

According to today's Dallas Morning News, Texas Education Agency Commissioner Robert Scott has alerted school districts that the state may not be able to afford future refunds. And that possibility has led some districts to consider rescinding the extra tax exemption.

If you're a homeowner, make sure you are getting the full exemption (or exemptions) allowed by your local tax collectors. In many cases, these tax breaks aren't automatic; you must apply for the exemption(s) through your county or other taxing district.

So check your real estate tax bill. Make sure your exemption amount is noted on that document. And if it's not, contact your tax office and find out how to have the exemption applied.