"Watching Barack Obama trying to push members of Congress
toward some kind of agreement on a health care bill
gives you a new appreciation for why Hillary Clinton decided
to just write the whole thing herself and dump it on them."
-- Gail Collins, The Health Care Sausage

During a primetime national television press conference last night, the President again made his case for quick action on health care reform.

Today, the House Energy and Commerce Committee, one of five Capitol Hill panels stirring this legislative pot, canceled (yet again) its healthcare markup session, making it unlikely that the House will complete its work before it takes its August recess.

On the other side of the Hill, Senate Majority Whip Dick Durbin (D-Ill.) declared the pre-recess deadline unworkable. UPDATE, CDT:  Senate Majority Leader Harry Reid (D-Nev.) just confirmed that healthcare legislation will not be considered until September.

The major problem is how to pay for an overhaul that would provide medical coverage for the almost 46 million uninsured Americans.

Surtax tweaks: Last night, Obama hinted at some give on the current healthcare payment option of choice, a surtax on the wealthy. The prez indicated that he wouldn't necessarily be averse to raising the tax threshold to $1 million.

Legislation already making it through the Congressional maze calls for that. Starting in 2011, a 5.4 percent income surtax would be imposed on couples making more than $1 million a year.

There's already been push back on the under-$1-million surtax and House leaders have indicated they will adjust the legislation accordingly.

Some lawmakers, however, still have concerns. Aside from the hardcore no-new-taxes contingent, some fear that a surtax approach could hurt small businesses. This is the reason given by the conservative Blue Dog Democrats who oppose the bill. 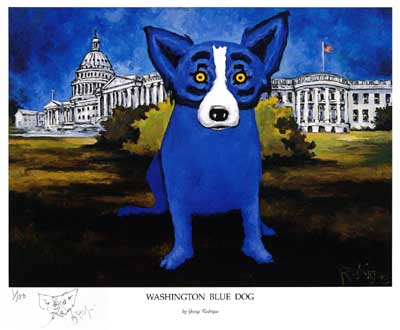 The Joint Committee on Taxation numbers crunchers say that only the wealthiest 1.2 percent of taxpayers would pay the surcharge. And Citizens for Tax Justice (CTJ) says small businesses won't be hit as hard as surtax opponents say.

The Washington-D.C.-based nonprofit says that its research shows only 4 to 5 percent of taxpayers who get more than half their income from small businesses they own or operate would pay the surcharge in 2011.

Healthcare committee collaboration: OK, collaboration is probably not the best word to use in connection with Capitol Hill, but eventually the separate work of two Senate committees and three on the House side will have to be synthesized into one bill.

That's part of the reason that the pre-August-recess deadline always was viewed a bit skeptically.

So what committees are working on the healthcare overhaul?

The Senate's Health, Employment, Labor and Pensions (HELP) Committee was the first panel to approve a healthcare reform package. (I swear, these guys come up with acronyms and then make the official titles work with the initials.)

The Senate Finance Committee is still working on its proposal, but things aren't going so well right now.

On the House side, three committees have jurisdiction.

The tax-writing Ways and Means panel approved its plan last Friday. The aforementioned Energy and Commerce Committee, along with the Education and Labor Committee are still plugging away.

Some folks are calling for Congress to forgo its annual end-of-summer break and keep working on healthcare reform. Don't count on it.

Expect to see your Representative and Senators back home next month. When you do, ask them about healthcare reform and let them know what you think about the proposals.

"...gives you a new appreciation for why Hillary Clinton decided to just write the whole thing herself and dump it on them."

Except that whole separation of powers sort of stuff! Although maybe she thinks its better for the president just to make up the laws (i.e. draft them) then just put them into affect also.