Remember back in the spring when some European nations that had been branded offshore tax havens turned around and pointed their fingers at some American states they considered just as guilty of helping folks shelter money from the IRS?

Well now some domestic fingers also are being directed at one of those states: Delaware. 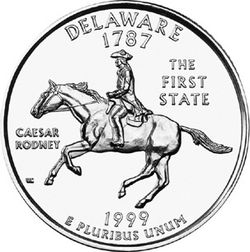 In the New York Times' article "Critics Call Delaware a Tax Haven," Lynnley Browning reports that states squeezed by hard times "are pushing to collect taxes that corporations are avoiding through Delaware shell companies. ... About 20 states have adopted laws that would effectively keep companies from using the decades-old tax loopholes in Delaware."

So far, according to the newspaper, Maryland has reclaimed $267 million in such taxes, including interest and penalties, and has assessed an additional $143 million. Overall, other states are looking to the First State for "tens of billions of dollars in annual tax receipts, funds that states say they need during this recession."

A growing number of states are moving aggressively to claim taxes that they say are rightfully theirs. The headquarters of Capital One Financial is in McLean, Va. (near Washington, D.C.), but the states' approach described in the Times' article seems to follow that of Massachusetts tax collectors going after Cap One earnings.

The article elaborates on the Delaware corporate tax structure and why companies find it so appealing. They utilize a mechanism known as "embedded royalty" companies.

All the legal and tax contortions aside, Delaware officials just flat out insist that their state is not a shady tax haven.

Delaware’s assistant secretary of state Richard J. Geisenberger told the newspaper that the loophole "is simply a state tax law."

Do I hear a new political/tax slogan a la the gun lobby in the works? State laws don't cause tax evasion, creative corporate tax lawyers do!