No joke: Some RMDs due today 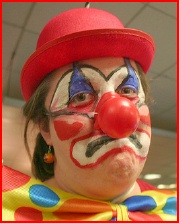 Attention septuagenarians. This is no April Fool's joke.

If you turned 70½ last year and postponed your retirement account's first required minimum distribution (RMD) until this April 1, you've still got to take the money out today.

Quick refresher for folks who might have forgotten: When you turn 70½ you must begin taking money from your tax-deferred retirement accounts, such as a traditional IRA, workplace 401(k) or self-employed retirement plans.

For your first withdrawal, however, you have until April 1 of the year that follows the calendar year of your 70½ birthday, which is six calendar months after your 70th birthday.

RMDs? No RMDs? What?!? I hear you. You thought that RMDs were waived this year. You even read it here on the ol' blog.

That's true. But the key is the year. Today's deadline applies to 2008 RMDs, not 2009 required distributions, which indeed are waived.

When lawmakers decided to ease up on the RMD rules, they did so only for 2009 withdrawals. Unfortunately, as I blogged last December, there's no RMD relief for 2008.

So if you must take your first  2008 RMD today, get on the phone with or go by your plan manager's office now. If you miss this distribution, you'll owe a penalty of 50 percent of the required distribution that you didn't take.

In some cases, that's quite a tax whacking from the IRS.

For example, you should have taken out $1,000 from your traditional IRA. Since you didn't, the IRS assesses you a $500 penalty. If you're in the 25-percent tax bracket, that penalty is twice what you would have paid in taxes if you'd just followed the RMD rule.

Figuring your withdrawal: To determine just how much to take out so that they meet their RMD, most taxpayers will use the Uniform Lifetime Table that the IRS has put together.

There is one piece of good news for folks who are scrambling today to meet their 2008 RMD. This is the only withdrawal you have to make this year, since your 2009 RMD, which you would have faced by Dec. 31, is waived.

Thank you for the information. I have got a little way to go, but I was not aware of RMD requirements.
Thank you.

Mapgirl,
Yes, as I understand it, since he will "celebrate" his 70 1/2 birthday this year, he doesn't have to take an RMD. Then in 2010, he will have until the end of the year to take that RMD.

The manager of his affected retirement accounts should be able to confirm his RMD requirements, as well as send you a notice when the withdrawal is indeed due.
Kay

So does this mean that my father, who turned 70 about a week ago will not have to take his first RMD till Oct 1? Or can he defer it till April 1, 2010?

I just want to make sure so that he gets another year of (hopeful) market rebounds before he has to eat into his capital.