When I was in college, and even just after I took my journalism degree to a full-time job at the local newspaper, I didn't think much about money.

I made it through college without any debt. Some scholarships, a handful of grants each semester, saving my summer earnings for upcoming school costs and, of course, parental funds enabled me to get through four years financially unscathed.

Not that I ever had much leftover cash. I recall occasionally drawing my bank account down to literally a few pennies. You must remember, this was the "olden days," when banks, at least the one I used in Lubbock, offered college kids fee-free accounts.

When I did get my first full-time job, I was just happy to bring home enough to make the rent, put gas in the car and spend a few nights a week out with friends. I didn't think much about saving for the future. It was far away and IRAs had just been created a few years earlier. (Those of you willing to research the birth of that retirement plan can do the age math!)

However, these kids today -- if you've finished your IRA + estimated college graduation age computations, you now know that I am fully entitled to use that phrase -- are much more financially focused. There are lots of Web sites and bloggers out there dealing specifically with money management for twenty-somethings -- and younger!

Such financial savvy is a good thing, too. College costs have risen dramatically since I was in school. Many students took their educational cost concerns straight to the top yesterday, asking President Obama during his virtual town hall meeting about his administration's plans to help make schooling more affordable.

The questions were particularly relevant because many students are learning that some of the education costs they thought they had deferred are coming due now.

Loan interest now instead of later: According to the Associated Press, on Monday, March 23, Sallie Mae, the nation's largest private student lender, made a significant change to its loan program.

The company, formally known as SLM Corp. is replacing its signature loan with a shorter-term version that requires students to make interest payments while in school, rather than after they graduate.

For many families, says the AP, the move is expected to push private loans out of reach in an already tight credit market.

Shorter term, same payment amounts: Students and their families now will repay SLM loans between five and 15 years, compared with the previous 15 to 30 years.

Even with the shorter term, Sallie Mae says the monthly bills upon graduation won't rise dramatically. The reason: The interest payments students make while in school will avoid negative amortization, where the loan balance grows because of deferred interest.

Overall, says Sallie Mae, the shorter term will lower the total cost of the loan. Plus, says the lender, families now might become more aware of just how costly private student loans can be.

"Students tend to over borrow, not realizing how much interest they're paying. With this, students will know exactly what it's costing them," Mark Kantrowitz, publisher of FinAid.org, told the AP.

And, of course, the new loan is a good deal for Sallie Mae.

Interest payments from students while they're in school improves cash flow for the company, says Kantrowitz. The loans are also less risky since families that can't pay while in school are weeded out.

Writing off interest and taking credits: Speaking of student loan interest, at least a portion of it provides a tax break. 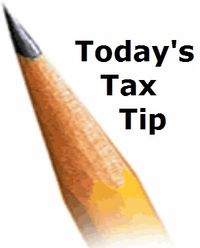 Be sure to take credit, too; tax credits, that is.

College is all about credits, and a couple of education tax credits can help offset some of the costs of getting the credits you need to graduate or even help you continue your education.

The Hope credit is available in connection with certain costs during the first two years of college. For 2008 taxes, it's worth $1,800 per student. The tax break is twice that for certain Midwestern disaster area students.

The Lifetime Learning credit is the one you want to claim if you're past your sophomore year. It can be used for undergraduate, graduate and professional degree courses for anyone and could be worth as much as $2,000. It also is doubled for certain students in Midwestern disaster areas.

Details on the student loan interest deduction, the Hope and Lifetime Learning credits and the specifics on the disaster area provisions can be found in IRS Publication 970, Tax Benefits for Education.

Now credit in 2009 and 2010: This year and next, the recently enacted American Recovery and Reinvestment Act makes some changes to the Hope credit.

It now is dubbed the American Opportunity Tax Credit and offers a maximum tax credit of $2,500 per year for a student's first four, instead of the current two, years.

In addition to the larger dollar amount and extra school years, the credit also expands the definition of qualified educational expenses to cover books and required course materials.

However, the new credit's coverage will revert to the 2008 levels in 2011 unless Congress extends it.

If any of these educational tax breaks apply to your 2008 taxes, be sure you claim them. And keep an eye on your 2009 schooling costs and how the new credut could help offset them when you file your return in 2010.

Nice article but i found this article to late. I appreciated what you have done here. Thank you web site good nice post.

i admire your writing skills. thanks for the post.

It's always nice when you can not only be informed, but also entertained!

Really a nice post..Thanks a lot for this post..Income tax is really a important topic..