What is "is"? We all remember how that one little word caused so many problems for a former president.

But today my initial question also highlights how personal perspectives shape our definitions of everything.

Take, for example, the definition of wealthy. In reviewing Barack Obama's first national budget as president, we all are asking, what is wealthy?

In the new prez's eyes, it is anyone making more than $250,000. For most of us in the fly-over, that sounds reasonable.

However, residents in other parts of the country with higher costs of living, especially those families that include income from both spouses, might think that a quarter million dollars a year is just a decent living wage.

That point is made in today's New York Times, whose hometown readers include a lot of folks who might fare poorly under the Obama plan. Or would they?

In "Braced for a Higher Tax Bill, Some May Dodge the Bullet," reporters Ron Lieber and Tara Siegel Bernard say that folks with household incomes of $200,000 to $400,000 or so "may not see as much of a difference in their tax bills as they may have feared."

One of the key reasons for such a surprisingly small tax bill change, say the writers, is the alternative minimum tax, or AMT. This parallel tax system was designed to prevent rich folks from escaping tax responsibilities, but nowadays many middle-class folk are paying this higher tax bill.

Those who fall under the Obama definition of wealthy, says the Times' article, have "been worried sick as the president has persistently defined them as rich enough to pay more in taxes -- at the exact moment when their jobs may be in danger or their small businesses or commission income may be suffering."

"It turns out, however, that many of them were already subject to pretty high taxes because they were paying the alternative minimum tax. Even if the new tax increases go into effect, the amount of taxes they owe may not change much, according to Clint Stretch, the managing principal of tax policy at Deloitte L.L.C. in Washington. That’s because the amount they owe under the regular income tax system, while higher under Mr. Obama’s plan, may not push them out of A.M.T. territory, he said."

The article underscores the fact that while both sides of the political aisle like to talk in generalities, taxes are unrelentingly personal, so be careful in claiming that any particular measure will help or hurt you until you know exactly how it will affect you.

And on that warning note, let the political, tax policy and class warfare battles over Obama's budget begin.

Budget basics: Here are some key tax provisions in Obama's budget, with major kudos to the folks at the Tax Policy Group of Deloitte Tax LLP for helping break out the various tax components of the full 142-page budget document. 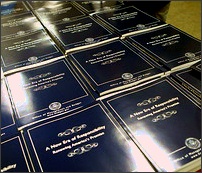 The 2001 and 2003 tax cuts by the previous administration will be extended for lower- and middle-income taxpayers.

Taxpayers in those two top brackets would face an increased capital gains and dividends rate. Currently, they pay 15 percent. This rate would go back to its 20 percent level and would do so beginning with the 2009 tax year.

Phaseouts of deductions and exemptions would come back into play. For years, higher earners have dealt with losing some of the value of these tax breaks, but the phaseouts themselves have been phasing out and are scheduled to be gone in 2010, giving everyone regardless of income, the same tax break bang for their write-off bucks.

But rather than letting them expire, Obama proposes reinstating the phaseouts in 2010 for joint filers earning $250,000 and for others making $200,000. In effect, say analysts at Deloitte, the Obama budget would raise the top income tax rate, considering the phaseouts, to 40.79 percent from its 2008 level of 35.35 percent.

The budget outline also proposes to limit the tax rate at which itemized deductions reduce tax liability. Taxpayers in the 39.6 percent bracket would be able to deduct itemized expenses only at the 28 percent rate.

The estate tax will be frozen at 2009 levels.That's an exemption of $3.5 million ($7 million for married couples) and a top rate of up to 45 percent.

And the alternative minimum tax we talked about earlier would be taken care of once and for all, rather than depending on annual patches by Congress. The AMT increased exemption amounts that were part of the American Recovery and Reinvestment Act of 2009 -- $46,700 for individuals and $70,950 for married couples filing jointly -- will be the baseline for this parallel tax and will be indexed for inflation each year.

Making breaks permanent: Several tax provisions would get new and eternal life under the Obama proposal.

The Making Work Pay Credit, cornerstone of Obama's campaign and his first piece of legislation, would become permanent.

The Child Tax Credit, which was tweaked in the new recovery law to expand eligibility for the amount that parents could get refunded, also would be made permanent.

The new American Opportunity Tax Credit also would become permanent. Under the recovery act, it's just in effect for 2009 and 2010. This credit expands upon and essentially replaces the Hope educational credit, providing a tax break of up $2,500 per student per year versus the Hope's $1,800 maximum.

Another Obama campaign pledge, the Saver's Credit, would modify the existing retirement credit of the same name to provide a 50 percent match on the first $1,000 of retirement savings for families that earn less than $65,000. The credit would be fully refundable, meaning you'd get money back from it even if you don't owe any tax.

Another definition to note: Finally, we have to take into account the word "begin" mentioned in, well, the beginning of this post.

As I noted in my Obama budget preview, any president's annual fiscal proposal is a wish list. Things included in the budget are a starting point for the long and often contentious legislative process necessary to come up with any changes to our laws, tax and otherwise.

So while it's good to know what Obama would like to do regarding our taxes, don't expect any of his "I want" proposals to make it across Capitol Hill unscathed.

Thks a lot for take u time to post it !! I live in Brasil...very nice site!

It is a very controversial subject, congratulations for the post!

Great post ! i've already subscribed to your feed. Thanks.