In a letter to the Senate Finance Committee leadership, Daschle wrote:

"As you can well imagine, I am deeply embarrassed and disappointed by the errors that required me to amend my tax returns. I apologize for the errors and profoundly regret that you have had to devote time to them. I will be happy to answer any Committee members’ questions about these issues. In the meantime, as a follow-up to our conversations, I would like to briefly review three issues discussed at my meeting with your staff and mentioned in our meeting on Thursday."

The former Democratic Senator from South Dakota then elaborated somewhat on his failure to report all his income, including the value of a company-provided driver, as well as some incorrectly deducted charitable contributions. 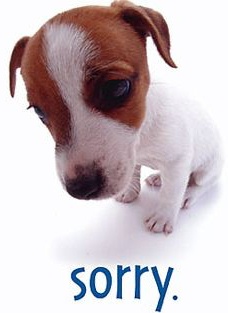 Daschle adds that his tax mistakes were unintentional, that he has paid the back taxes and interest and is available to answer any further questions. He will be taken up on that last one.

Is it enough? So now the big questions. Is Daschle's public apology enough to save his potential Obama Cabinet post? Should it be?

Is what Daschle did worse than the tax mistakes new Treasury Secretary Timothy Geithner made? Since Geithner, who helms the department that oversees the IRS, was confirmed, would it be unfair if Daschle weren't?

Geithner got away with his mistakes because they were relatively minor and the consensus was that in the current economic crisis, we couldn't afford to be without someone in charge at Treasury.

HHS issues are not as pressing, so that might work against Daschle.

Appearances count, too: Then there's the perception factor. Geithner didn't report self-employment income, a tax issue millions of Americans deal with every year.

Daschle's until-now-tax-free use of a chauffeured car, however, smacks of "rich." That's something that, in the mass consciousness, we all simultaneously envy and resent.

Add to that the disdain for former politicians who make big bucks after they leave office, and Daschle's nomination could be in trouble.

As I mentioned in my Rangel Rule post, everyone needs to pay their appropriate taxes in full and on time. If they don't, they need to also pay the price for such negligence, whether it's willful or accidental.

That said, I think Daschle should get the benefit of the doubt here.

Another great tendency of Americans is to give folks a second chance. Daschle, by virtue of his previous and reputable government service, deserves anther shot in D.C.

Other takes: There's no shortage of opinion on the tax missteps of Daschle and Geithner. TaxProf has a good roundup of comments on the situation.

The most interesting one to me was a 1998 remark from Daschle immortalized in the Congressional Record: "Make no mistake, tax cheaters cheat us all, and the IRS should enforce our laws to the letter."