A modicum of bailout shame from Citi?

Could it be true? Could Citigroup executives really decide to pull out of the company's 20-year, $400 million agreement with the Mets, which includes naming rights to the club's new baseball stadium?

Maybe public shaming does work after all.

Last fall, Citigroup received $45 billion in bailout funds. Subsequently, Uncle Sam agreed to cover most losses on $301 billion worth of the financial group's bad assets. And Citigroup's CEO, along with other banking industry officials, are scheduled to appear next week before a House committee.

Perhaps the thought of being grilled about excessive spending on non-essentials after taking taxpayer money prompted the apparent change of heart at Citigroup. Whatever the reason, with Major League Baseball's opening day just two months away, the company issued a statement yesterday, declaring that "no TARP capital will be used" for the stadium.

Maybe the company will be able to find a way, without public money, to keep its tarnished name on the new ballpark. But it's more likely, as the Wall Street Journal reports, that "Citigroup is essentially acknowledging that the volatile political climate could make it untenable for the bank to proceed with the deal."

MSNBC reports, however, that it received the following statement this morning from the Mets: "In conversations this morning, Citi reinforced that they will honor our legally binding agreement." 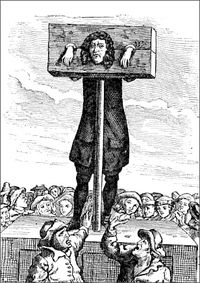 I'm not surprised that, after both sides talked with their respective lawyers, that such a statement of contractual commitment was issued.

But seeing as how this involves a sports team, I'm also reminded of owners who espouse full support for a general manager or coach or troublesome player when things are going poorly on the field or in the arena. That's usually the signal that the guy needs to start packing up his office or locker and put his house up for sale.

So I won't be surprised if Citigroup does indeed eventually bail out of its deal. Breaking contracts is one thing corporate and sports attorneys are very good at.

And if part of the reconsideration is due to the public outcry, all the better.

If taxpayer outrage over companies using taxpayer money to pay for executive retreats, refuel private jets and buy access to luxury sports boxes does indeed cause Citigroup and other companies to become more fiscally responsible, then I say keep the stories of excess coming.

Maybe we also should reconsider public stocks for the execs who are using and abusing the taxpayer trust.

Citi and many others like Citi are benefiting from the bailout and the banks are slow in rolling the money. Many jobs and businesses are effected due to the fact that they can no longer carry payroll for three months and they are not getting paid as frequently either. To many people are suffering because of the monster they helped create and are now wanting to subdue... The banks have to do a better job of providing new ways for businesses to tap into the cashflow that has been released and generate stability in the market again...