This is getting unreal. Yet another Obama appointee has, or rather had, a back tax issue. 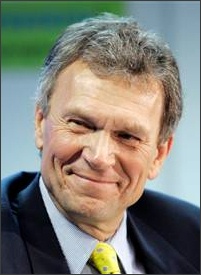 Tom Daschle, tapped by Obama to be Secretary of Health and Human Services, earlier this month paid more than $100,000 in back taxes and interest.

Daschle, a former U.S. Senator from South Dakota, determined that he owed the taxes on free use of a car and driver that was provided when he was on the board of and consultant to InterMedia Advisors.

In a financial disclosure statement filed with the Office of Government Ethics, Daschle reported that he had received more than $2 million for consulting and $182,520 in "company-provided transportation."

A spokesman for the Obama Administration called Daschle's failure to pay the taxes "a stupid mistake."

Read more reports on Daschle's back taxes at Political Punch, The Hill, Bloomberg and BusinessWeek.

Mr. Daschle, may I suggest that you call Treasury Secretary Tim Geithner and get a copy of his confirmation hearing notes … and apology.

This makes me sick us little people work all our life and these worns keep eating away our saving, robing us of a piece of the pie because they've noooo soul they to will one day face the firing squad,I don't mean a earthy one What a day that will be to stand there and see all these assholes send to hell for robbing people and penniless saying God it was only a mistake we not perfect were the best one for the job.

Daschle's problem makes a little more sense; you could, at least, get a ride to work from a friend without paying taxes on it -- you're less likely to get a consulting gig the same way. Still, it sounds like a lot of these guys are playing chicken with the electorate: how much can they get away with before voters get annoyed?