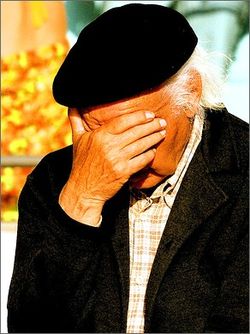 Despite pleas from lawmakers and advocacy groups, the Treasury Department has decided against granting any relief who were hoping to get a break in 2008 on required withdrawals from their tax-deferred retirement accounts.

Last week, Congress passed a bill (still awaiting Dubya's signature into law) that will suspend in 2009 minimum distribution, or RMD, rule. The RMD for the 2008 tax year, however, was left as is.

The RMD kicks in once the owners of traditional IRAs and other retirement accounts turn 70½. At that time, give or take a grace period for the first withdrawal, specific amounts must be withdrawn from the accounts which heretofore have been compounding tax-deferred. RMD calculations are based on the value of the accounts at the end of the previous year. So 2008 RMDs would be figured using 2007 account values; 2009 RMDs based on values as of Dec. 31, 2008.

When the market tanked this fall, taking retirement accounts down with all other assets, the RMD issue started getting a lot of attention, including from me here and here.

Basically, folks are worried about being forced to take money out of their depleted accounts to meet an IRS rule even if they don't need the money to meet day-to-day costs. But if they don't withdraw the cash, they'll face a stiff tax penalty.

Partial RMD relief: Congress agreed, to a point, that such concerns were valid. On Dec. 12 legislation was passed to suspend RMDs, but for 2009 only.

Why did 2008 get overlooked? Who knows? The collective mind of Congress is a scary, intriguing and too often inscrutable thing.

Maybe they thought that since the RMD issue was addressed so late this year, most affected individuals already dealt with it. Or maybe it was a budget issue. Or an administrative one. Or maybe they didn't think at all.

Whatever the reason, 2008 septuagenarians were left holding the RMD bag. And Capitol Hill hopes that Treasury Secretary Paulson would help cover the declining assets of this year's RMD-affected retirement account holders were dashed.

This afternoon, according to Forbes, Treasury sent a letter to several Senators and Representatives informing them that any administrative changes for 2008 by the Department would be "complicated and confusing for individuals and plan sponsors" and the relief would not be available as "uniformly" to taxpayers as is the change for next year passed by Congress.

So if you've been waiting to take your 2008 RMD, contact your account administrator ASAP and make arrangements to make the requisite withdrawal.

And although I think what Treasury did stinks and I'd change their minds if I could, let me at least offer what they apparently won't: I'm sorry.