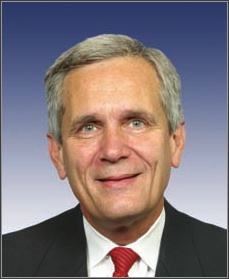 A couple of weeks ago, Texas Congressman introduced legislation to roll back some of the tax breaks given banks in connection with financial bailout activities.

However, given that there realistically is no way the measure will make it into law with so few days remaining in the 110th Congress, Doggett and several of his colleagues have decided to appeal directly to Treasury Secretary Henry Paulson.

Bill would limit tax advantage of losses: Specifically, the Lone Star lawmaker is concerned about IRS Notice 2008-83, which was ordered by Paulson and which changed application of Internal Revenue Code Section 382 to allow some financial institutions to deduct unlimited losses from loans, bad debt, or additions to loss reserves that are from a bank acquired in a merger or takeover. about

As blogged here, Doggett and several of his fellow Democrats on the tax-writing Ways and Means Committee say H.R. 7300 "sets reasonable boundaries" on "Treasury's back-door giveaway" to banks. The notice, argue the Representatives, effectively amounts to a tax break worth more than $100 billion.

Follow-up letter to Treasury: On Thursday, Doggett and eight other Ways and Means members urged Paulson to reject requests to further expand the Section 382 loophole. Soon after Notice 2008-83 was published on Sept. 30, the Institute of International Bankers requested that Treasury also make this option available to foreign banks.

"We strongly believe that you have already overstepped your authority in issuing the original guidance and urge you not to compound this mistake by further widening this illegal loophole," wrote Doggett. "At a time when we should be working together to identify and limit tax loopholes -- not creating and then expanding them -- this backdoor bailout is precisely the wrong approach."

In addition, the Ways and Means members told Paulson that "we strongly believe that you have already overstepped your authority in issuing the original guidance."

"It is disappointing when those who are charged with administering the tax laws demonstrate this contempt for them," wrote the tax-writing Representatives.

Dog -- I'm in your same useless Congressional representative boat (and possibly district! so I too appreciate Doggett's efforts.

Adrienne -- LOL. I will forever now view Paulson in a lab coat with Dubya as his Igor! Thanks for the chuckle during this definitely tragic financial time.

Thanks both for reading and writing! -- Kay

Totally agreed. But at this point, I think Paulson feels like the evil mad scientist who suddenly figures out mind control; he's drunk on power and most likely feels like he doesn't even have to answer to anyone.

Too little, too late for sure. But at least he's trying, which is more than my useless Lone Star congressman is doing.