You don't run across many tax-related doppelgangers, but I definitely think this is one.

IRS Commissioner Douglas Shulman and actor John Francis Daley are my candidates for the popular separated-at-birth comparison. Or at the very least, as I noted on Twitter on Wednesday, "waiting for Bones. is it just me or does actor who plays Sweets look like IRS commissioner Doug Shulman's only slightly younger brother?" 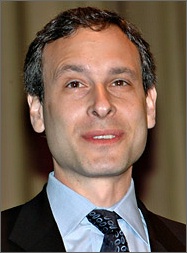 Shulman, there to the right, became the 47th head of Internal Revenue on March 24, 2008. He's in charge administration with a budget collects around a year and employs more than 100,000.

Previously, he was vice chairman of the Financial Industry Regulatory Authority (FINRA), the private-sector regulator of all securities firms doing business in the United States.

He also had some prior IRS-related experience, having served as Senior Policy Advisor and then Chief of Staff of the bi-partisan National Commission on Restructuring the Internal Revenue Service. In that capacity, he worked on legislation which eventually led to the IRS Restructuring and Reform Act of July 1998. 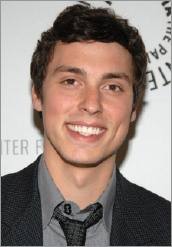 OK, the resemblance is a bit more pronounced in this blog post photo, taken when Shulman was a bit younger. Still, I think that these two guys could show up at a family reunion and not raise any eyebrows.

Plus, there's the whole "how old did you say you were?" vibe.

In Sweet's fictional world, the FBI agents, prosecutors and forensics team members all have a field day poking fun at the character's youth. In real life, Daley is only 23 years old, the same age as his "Bones" character, but he has a decent acting resume.

That same incredulous attitude and ageism were pervasive among tax watchers, me included, when the 40-year-old Shulman took over the IRS. But maybe that says more about me than the commish.

Since I've not yet found a way to stop the birthday calendar pages from flipping (no, denial doesn't work), I've resigned myself to every day encountering more "kids" in adult jobs. So right here, right now, I pledge to give all those whippersnappers the benefit of the doubt.

And I sincerely wish both young Mr. Shulman and young success in their chosen fields.

Separated at Birth but wish we were siblings!!