Energy-efficient home tax breaks are back

Winter has already arrived in some parts of the country. Down here in Central Texas, we're expecting our first freeze this weekend. That means it's finally time to turn on the heater. Depending upon what type of heating system you have, it also will mean higher utility bills. 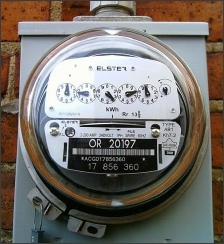 We're pretty lucky here in the Austin area. Winters aren't that long or cold, so I've found that the hubby and I actually save a little money during this season. Plus, we have gas heat, which is less costly that the two electric air conditioning units that run almost nonstop during the triple-digit degree days

Regardless of which season costs you more, Uncle Sam might be able to help you reduce some of your utility bills. If you make some energy efficient home improvements to your house, not only will your heating and/or cooling bills be lower, you also might be able to claim a tax credit for the upgrade.

Under the original Energy Policy Act 2005, homeowners were allowed several credits for improvements that made their residences more energy efficient. Most of these tax breaks expired at the end of 2007.

But when the Emergency Economic Stabilization Act of 2008 became law in October, these home improvement tax credits (and more) were part of the package of "sweeteners" blogged about here.

Thanks to that bill, many energy-saving tax breaks are available as long as the qualified energy-efficient home improvements are “placed in service” (that's IRS speak for the property being ready and available for use) by the end of 2009 for many of the more common upgrades and through 2016 for more advanced energy saving options.

The bad news is that the tax break for some of the more common upgrades are not available for the 2008 tax year. Those credits kick back in on Jan. 1, 2009.

Better tax breaks via credits: First, I've got to note that the energy related tax breaks are credits. I know that most of you already know that these usually are the best kind of tax breaks, but for new readers let me explain a bit.

A tax credit reduces your tax bill dollar-for-dollar, while a deduction only removes a percentage of the tax that is owed. If you owe the IRS $1,000 and are eligible for a $500 credit, your tax bill is cut in half.

If, however, you have $500 in deductions, that that amount is only good for a smaller tax reduction depending upon your tax bracket. If you're in the 25 percent bracket, $500 in deductions will translate to just $125 off you tax bill. Not bad, but not as good as a credit.

Home improvement energy options and limits: In the "basic" category, you can choose from things ranging from additional insulation and a whole house fan to window film and completely new storm windows and doors.

The one downside to this renewal is that these simpler credits aren't available for the 2008 tax year. They become eligible again in 2009.

Also, keep in mind is that the total tax credit amount allowed a taxpayer (or two taxpayers if they are married filing a joint return) for the relatively simple energy improvements over the full credit term (tax years 2006, 2007 and 2009) is $500.

That means the hubby and I, who on our 2007 tax return claimed a $300 credit for our new air conditioning system, have only $200 in basic home energy-efficiency improvements we can claim on our 2009 return.

The table below gives you a general idea of the types of improvements and their limits that fall into the group of tax credits extended through 2009.

Also keep in mind that all these improvement materials and items must meet or exceed Energy Star program requirements.

The IRS says we consumers can rely on a manufacturer's certification that our energy efficient home improvement product meets the tax credit standards. Hang onto this certification as part of your tax records in case the IRS has any questions about your credit claim.

More work, more cost, more tax credit: More tax savings are allowed for more expensive improvements. The expanded Energy Policy Act provisions also give you more time to put these environmentally friendly upgrades in place and claim the associated tax credit, from 2008 and well beyond. They include:

However, if you're considering a solar home energy system, you might want to wait. Beginning in 2009, the $2,000 cap will be removed for photovoltaic systems, but not solar water heaters.

As with the solar credit, the wind energy tax credit is for 30 percent of the cost of the system, up to $500 for each half kilowatt of capacity with an overall maximum of $4,000.

Much more information on these credits is available at this special Energy Star federal tax credits page.

Then the solar collector will move the air or water into the building, storage area or any other institution. I think it will help us to reduce the energy expenses at home.

Why do these tax credits skip placed in service for 2008?

thanks for keeping us informed.