The good side of taxes

"The only thing that hurts more
than paying an income tax
is not having to pay an income tax."
-- Lord Thomas Robert Dewar

Yes, that Dewar. The Scottish whiskey distiller. The man whose namesake beverage is probably imbibed in large quantities around April 15.

But his observation is sobering. And worth considering as the presidential campaign heads into the home stretch. During these last nine days, the perennial political specter of taxes will be invoked as something more terrifying than any Halloween demon.

Don't get me wrong. I don't like paying taxes, especially when my planning has been a bit off and the hubby and I face a larger-than-expected IRS bill.

And I make a living trying to help people pay as little tax as possible, to Uncle Sam and their state revenue officers.

The long tax-funded list: But we all must pay some of our money to our governments.

Want highways that are drivable? Their construction and upkeep are paid for by taxes.

Want public schools? Most folks do, and that means the teachers have to be paid (more, but that's another topic) and the facilities built to educate our youth. 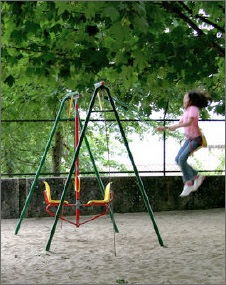 Want to take your kids, once they're out of class, to the park? Buying the land, putting in the swing sets, mowing the grass are all paid for with our tax dollars.

Want to make sure the park stays safe? Police officers, along with fire fighters and associated ambulance technicians, require taxpayer money we all can be protected.

Then there are our tax dollars that go to our armed forces, not to mention Social Security.

You think you, personally, can and would take up the slack for these and many other services that have to be cut every time tax collections aren't sufficient?

I know I'm not patching potholes or patrolling my neighborhood. I don't do work in my own yard (and I'm not lending out the hubby!) so those overgrown parks are on their own. And if you collapse at my house, good luck since I don't know CPR.

I'm depending on my tax dollars to cover these tasks, regardless of whether I personally need them.

We are them: Ah, yes. That nagging question of what do my tax dollars get me, specifically and personally. That "me" connection to taxes is the one that politicians always harp on.

"It's your money. You can spend it better than the government."

But can you? Maybe, and in a very limited situation. That's why we need to also keep in mind even more famous tax quote from a former Supreme Court Justice.

"I like to pay taxes. With them I buy civilization."
-- Oliver Wendell Holmes, Jr.

We are part of a community -- many communities -- and we need to think about not just what we need or want from these social structures, but about our neighbors and even those folks we don't know who also are part of the tax-funded system.

There's been a call for decades now to privatize things so that our taxes won't be needed to pay for the services we enjoy. That's more efficient, contend these proponents. But does starving the beast of government really work better?

I don't think so.

Yes, there is waste in governments, bridges to nowhere and pork and the buzzword of this campaign, earmarks. But there is waste in the private sector, too, such as extraordinary perks and payouts for top executives.

Overall, however, government serves a purpose that private industry won't because companies exist to make money. Governments are designed to meet the needs of citizens. All citizens.

So if some of my tax money goes to a school I don't use because I don't have any kids, so be it. That educated child will eventually get a job, contribute to his or her community and, yes, pay taxes to keep the cycle going.

“Governments are designed to meet the needs of citizens. All citizens.”

Historically, the federal government was never intended (much less designed) to meet the needs of all citizens. It was intended and designed to a limited range of goals: a strong military, open interstate commerce, a common currency, and so forth. The Founding Fathers were not trying to meet everyone’s needs. They were creating a framework of opportunity for individuals, families, and local communities.

The Founding Fathers didn’t believe in the welfare state. They wouldn’t have believed in raising taxes to salvage the welfare state, either. I think they make more sense than you do, but that’s just me.

Just read this blog. Should be mandatory for all those freaking out about "redistributing the wealth."

Been saying this for 9 months now: either raise taxes or get a sensible foreign policy. Can't use deficit spending on wars.