Taxes! The real 'Boo!' this Halloween

The scariest word in the world, on Halloween or any other day of the year is taxes.

And it' is being used as a scare tactic, with some success, in the final days of the presidential election.

A CBS News/New York Times poll released today finds that John McCain’s focus on taxes, including his talk about Joe the Plumber and his perception of Barack Obama proposals, seems to be having some effect.

In light of all the yammering on both sides about taxes, the newspaper asked two groups to independently analyze the McCain and Obama plans.

Someone please explain it to me: Yet again I am astounded at how so many people making so little money want to help wealthier individuals keep their money at my their our expense. And make no mistake about it, it is at the expense of lower-income folks.

Taxes will either be collected to pay for essential services (as blogged about in The Good Side of Taxes) or the work won't get done or, just as bad -- or worse -- from the fiscal standpoint, we'll keep adding to the deficit to do the jobs.

Someday that bill will come due. They always do, whether they're from your utility or mortgage company or Uncle Sam.

Personally, I have a lot less to lose from deficit spending than a lot of people.

I'm older, so I won't have to deal with deficits and their effects on the economy as long as you young whippersnappers will. And I have no children, so if the country faces a financial Armageddon in the next generation or so, I have no dog in the hunt.

So I could just be totally selfish and let it go at that. From a larger-than-me perspective, though, I want our country to get its fiscal act together. That means taxes. And I still believe that those who can better afford to do their part should do so, rather than getting breaks that hurt the rest of us.

What the tax experts found: The analyses of the candidates' tax plans were conducted independently by the nonpartisan Tax Policy Center, a joint venture of the Urban Institute and the Brookings Institution, and accounting giant Deloitte.

The Obama and McCain proposals are complicated and, as is always the case when you try to parse taxes, ultimate IRS bills are affected by personal variables.

So analysts at the Tax Policy Center and Deloitte tried to explain the ramifications of the candidates’ plans by applying their tax policies to various situations, as shown in this table.

On average, however, the Tax Policy Center's principal research associate Roberton Williams' analysis found that people with income below $100,000 would get more from Obama than from McCain.

The median household income nationwide is $50,233, according to the Census Bureau. The Tax Policy Center found that, for married couples with incomes of $50,000, two children and both parents working, income taxes would be cut by $284 more under Obama’s plan -- by $1,005, compared with $721 under McCain’s plan.

Deloitte also examined such a couple and found similar benefits: a $700 cut under the McCain plan and $1,000 under Obama’s.

"What Obama’s doing," Clint Stretch, Deloitte’s managing principal of tax policy, said, "is he’s taking more money from people like me, and spending it on exemptions for the elderly and on tax credits for education."

This segment from CBS News comes to essentially the same conclusion:

It's up to you: Now we get to you, my friends hopeful ones dear blog readers.

I know some of you won't believe the numbers or the analysts or the candidates themselves.

Skepticism is healthy. But don't just dismiss either side. Pick a plan based on the facts that are available. 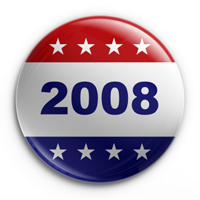 Not on sound bites.

Not on what your buddy Jim at the diner tells you he heard over coffee every morning.

Not on what your parents say you should believe (in this case, anyway!).

Look at the data. In addition to today's analysis, you can check out my most recent previous bloggings on the Obama and McCain plans here, here and here, each with links to other tax sources.

Then you'll be able to make an informed decision on which candidate will help you the most, or who at least would like to do so once he gets into the White House.

And then, if you haven't already, go vote for that guy on Tuesday.