The New York governor's chief of staff has resigned, in large part because of tax troubles. 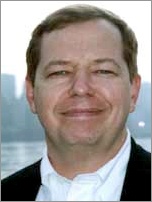 Charles O'Byrne came under scrutiny after it was revealed that he didn't file tax returns for several years because of his clinical depression (blogged about here).

O'Byrne's departure from Gov. David Paterson's office was mentioned Friday in the New York Time's City Room blog and later confirmed by in the paper.

After failing to file state and federal tax returns between 2001 and 2005, O'Byrne eventually set up installment payment plans to meet his overdue tax obligations. He paid the last of his $300,000 tax debt just days before his tax history became public.

The tax trouble disclosure was unfortunate for O'Byrne and the Paterson administration, which is dealing with a major fiscal crisis. But the governor stood by his top aide and a state police inquiry reportedly indicated that the tax debts did not compromise O'Byrne's job performance.

Just another excuse? But O'Byrne's case, at least in the court of public opinion, probably wasn't helped by his attorney's assertion that O'Byrne suffered from “late-filing syndrome.”

This condition, claimed O'Byrne's lawyer, made it difficult for the governor's right-hand man to fill out his tax returns.

Most people probably are sympathetic to how the effects of clinical depression could contribute to O'Byrrne's filing oversight. It's an accepted medical fact that depression can be debilitating and prevent sufferers from living what is considered a normal life.

O'Byrne got treatment for his depression, admitted his tax mistake and made good, along with penalties and interest, on his tax debt. Case closed.

But then came mention of "late-filing syndrome."

This sounds at best like some new, pseudo-psychological analysis and at worst like just another excuse on the list headed by "my dog ate my homework."

That perception seems to be confirmed by a recent story on the O'Byrne situation by the New York Times, which reported:

Late-filing syndrome, sometimes known as nonfiling syndrome or failure-to-file syndrome, is not listed in the Diagnostic and Statistical Manual of Mental Disorders. A spokeswoman for the American Psychiatric Association said that the group does not recognize it as a psychiatric condition.

But legal experts said that it is not uncommon for tax evaders to claim they suffer from such a syndrome, because it can shield them from criminal penalties.

"If the I.R.S. is going to pursue more serious sanctions, they’re going to have to demonstrate a voluntary and intentional decision not to file," said Gerald Kafka, a lawyer with Latham & Watkins in Washington, who specializes in tax law. "The burden is on the I.R.S. to demonstrate it was intentional."

And while the syndrome excuse explanation might or might not hold up in an actual tax audit or trial, O'Byrne said the whole nonfiling issue was proving too big a distraction for everyone.

"Members of an elected official's staff should never distract from the work of the principal who they are privileged to serve," O’Byrne wrote in his resignation letter.

Good luck to O'Byrne in whatever he undertakes next.

And good luck to anyone who really thinks "late-filing syndrome" will effectively explain away personal tax-filing negligence.

The syndrome is wellknown for small business, I don't understand how such an (important) person to get into trouble paying taxes... or maybe he was cought up with business too much, but the what is he looking for as a governor.

That's almost as bad as the Twinkie defense!

This is really new thing I am reading “late-filing syndrome.” What could be the causes for this.

As someone with a history of filing late FOR REFUNDS, I can understand late filing. Could someone explain the problem?

You're too easy on this guy.