Bailout breaks for you and me!

The bailout bill -- I'm sorry, the Emergency Economic Stabilization Act of 2008 -- has been law for five days and the stock market still stinks. So do the global markets.

And a lot of folks who don't live anywhere near Wall Street are still angry about what they see as a government giveaway to a lot of overpaid, overconfident financiers who apparently didn't really know how to do their jobs.

Compounding the irritation are the add-ons, amounting to an extra $150 billion, to the bailout package. Supporters called them sweeteners. Opponents denounce them as pork.

Well, love it or hate it, almost all of us will partake of some of the bailout pork. You can still argue about whether it's a good meal or we're being served crap at taxpayer expense, but eventually you, too, will likely at least nibble on some of the offerings.

And the fact is that most of these items, especially the tax extenders and alternative minimum tax patch, would have passed the 110th Congress as separate tax bills.

Movies and rum: OK, the film production tax breaks might not have made it on their own. But many other provisions would have, including the one giving a break to rum distillers. 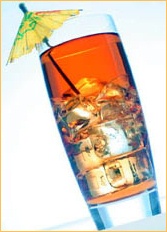 The rum provision is a long-standing excise tax break that's rooted in part in "buy American" demagoguery (blogged about in "Tax umbrella for your drinks" section of this December 2006 blog post), something that's sure to resonate in a presidential election hear. (Hmmm. Maybe the film portion of the bailout would be better received if movie folk played up this angle.)

So if you think we taxpayers wouldn't be ponying up for the $150 billion in some other form or fashion this year, then I've got a bridge to nowhere you might be interested in.

As I've said before, all of us need to be looking at legislation, tax and otherwise, throughout the Congressional year and not just when there's a major bill getting a lot of attention. If we don't, then all sorts of things get slipped past us and become law, either in a combined package or piecemeal.

OK. Enough preamble rambling. Here's a look at the major tax-related entrees on the bailout menu.

Extenders: You know these by heart now. These are the tax breaks that, for budgetary reasons, are temporary. There's always the possibility that Congress could decide to save some money and deny them one year. When that happens, we'll see another kind of pork on Capitol Hill -- flying pigs.

The three big expired tax breaks that were extended in the bailout bill are:

Thanks to the bailout bill language, all three of these extenders will be in effect for the 2008 and 2009 tax years.

Alternative minimum tax: This nasty parallel tax system, usually referred to by its acronym AMT, would have snared around 21 million taxpayers in 2008, but a patch was added to the bailout bill. The AMT is not indexed for inflation so lawmakers have to "manually" increase the income exemption amount that is the major determinant of who falls under the AMT.

For 2008, via the bailout bill, those amounts were increased to $46,200 for single taxpayers and $69,950 for married couples filing joint returns. The new law also extends and expands the ability of taxpayers to claim personal tax credits against the AMT.

This patch, however, is good only for the 2008 tax year. So we'll see you back here around this time next year when Congress once again struggles with a 2009 AMT fix.

Child tax credit: In some cases, taxpayers are able to get extra tax money for their kids via the additional child tax credit. Now that benefit should be available to more parents.

The bailout law lowers the "floor" for the refundability of the credit from approximately $12,050 to $8,500. This should allow more lower-income taxpayers to claim the credit and increase the amount of the credit they can claim.

Maybe with this extra cash, these kids will be able to participate in archery classes, which also got a boost thanks to a new tax exemption on wooden arrows designed for child bow users.

This tax break benefits homeowners whose itemized deductions aren't enough to exceed the standard deduction amount. In most cases, this will be folks who've lived in their homes long enough so that they're now paying more principal than interest. Without that big interest amount, they usually don't use Schedule A.

IRA charitable transfer: If you're 70½, have a traditional IRA and don't need the money that the IRS says you must take out of the account as a required minimum distribution (RMD), then you'll want to look into this option. You can directly transfer that RMD amount, or up to $100,000 if you're feeling really generous, to your favorite IRS approved charity.

This tax break first appeared in 2006, but expired at the end of 2007. It's been well received by many older philanthropists, as well as by the nonprofit community. The charitable transfer option is in effect through 2009.

They're baaaack! And they'll be around through 2009.

This means that projects such as adding insulation, installing thermal windows and doors or putting film on your windows could once again get you a $500 credit. Upgrades to your heating and air conditioning systems also count, as well as do the more extensive energy upgrades of solar and, new this year, wind energy systems.

Electric car buyers: Plug-in hybrid electric vehicles are supposed to be the new climate-saving rage. There aren't that many out there yet, but when they do show up on car dealer lots, Uncle Sam will help you buy one.

The bailout bill includes a tax credit for buyers of these autos. Unfortunately, it used the convoluted hybrid tax credit as its model.

The plug-in hybrid electric vehicle, or PHEV, credit begins with a base amount of $2,500 then adds additional credit amounts based on the vehicle's battery pack capacity. Most PHEV buyers will be able to get a maximum credit of $7,500; this is for light-duty vehicles, i.e., those weighing less than 10,000 pounds.

And just like the hybrid tax credit, vehicle sales will lead to a phase out of the PHEV credit.

Bicycle commuters: Folks who've traded four motorized wheels for two human-powered ones to get to work also get a bit of break in the bailout bill. But they'll have to wait a bit. (Enough "B's" in this paragraph?)

Companies already can give their workers tax-free transportation fringe benefits, such as transit passes. A similar benefit of $20 per month now will be available to employees who commute by bicycle.

This benefit has two downsides. Your employer has to offer this benefit and not all do; it tends to show up in urban areas that have large mass transit systems. And it can't start handing out bicycle benefits until Jan. 1, 2009.

Jeff,
looking at the legislative language, it looks like it's a strict extension, which means all the previous limits apply. So if you maxed out in 2006 or 2007 it won't do you any good. But I'm going to research this a bit more and get back to you, and post as a blog item. Thanks for the very good question on the application of this tax break.
Kay