KinderCongress needs to act, not act up

Not to keep harping on this, but it looks like many other tax watchers are coming to the same conclusion that I have: Tax extenders are likely dead for 2008.

In the bigger economic picture, is it such a terrible thing if we have a few less tax breaks? Dollar-for-dollar, no.

But if you count on the sales tax deduction to lower your annual IRS bill, it's a very big deal to you. Ditto the above-the-line adjustments for college tuition and fees and educators' classroom supplies.

And we wouldn't be in this situation, repeatedly, if our lawmakers would just grow up and do their jobs. More on this massive failure to act in a minute. First I want to look at one more tax break that's in trouble.

Charities affected, too: Another provision that expired in 2007 and which was part of the extenders package affects not only individual taxpayers, but charitable groups. 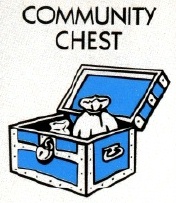 In 2006 and 2007, older taxpayers (folks at least 70½) were able to escape taxation on their traditional IRA distributions by having the withdrawn money (up to $100,000) sent directly to a qualified charity.

This worked particularly well for traditional IRA owners who had to take a required minimum distribution, or RMD, from their accounts but didn't need the money to live on.

For years, your retirement fund has been earning money upon which no taxes have been collected. But the tax collector only has so much patience.

So RMDs are the IRS' way of finally getting its mitts on your tax-deferred retirement money.

Septuagenarians must use one of three IRS tables to draw down their accounts, and pay taxes on those withdrawals, each year or face a costly tax penalty. This story has more detail.

Transfer sidesteps taxes: The problem with traditional IRA distributions is that they are taxed at ordinary income rates. Yes, your IRA has been in an investment account, but for tax purposes you don't get to use the lower capital gains rates that apply to other investment holdings.

That tax cost was alleviated by the charitable transfer law, which enabled some traditional IRA owners to send their annual RMD amount straight to their favorite nonprofit. That way, the older donor didn't have to count the distribution as taxable income.

Of course, that older donor didn't get to claim the transferred IRA amount as a charitable deduction, but that wasn't an issue for quite a few folks. They took advantage of the transfer option and charities had a new funding stream.

Support long, action short: Early in 2008, Congress indicated support for continuing the charitable transfer provision (as well as the other popular extenders). Current languishing proposals call for the charitable IRA option (and the others) to continue through 2009.

But with just three months left in the tax (and donation) year, it's still not a done deal.

Some folks have been holding off on taking their 2008 RMD in the hopes the direct-to-charity option would be revived. If the law isn't extended in time for such transactions to take place, everyone's got trouble.

To avoid the tax penalty, IRA owners will have to take their RMD by Dec. 31. Then it will count as taxable 2008 income.

If Congress waits until next year to reauthorize this option, just how will it be retroactive? The distributions have been made.

Will lawmakers instruct the IRS to create a new form for contributions made after-the-RMD fact?

What are the accounting and record-keeping implications and complications for donating taxpayers and the recipient nonprofits?

Break this bad legislative habit: My point is that we -- Congress and taxpayers -- didn't have to be in this position.

Congress has repeatedly, throughout the year, promised to extend all these expired tax breaks. Talk is cheap, but the tax consequences are not.

I am tired of watching this bizarre legislative Kabuki year after year, where promises are made and political mud is slung and bills are introduced but nothing happens. All the while the lawmakers in both parties swear they support the measures.

If everyone's in agreement, then just approve them and do so early in the legislative session!

Something always comes up, maybe nothing as dramatic as this year's bailout bill, but other issues.

The tax provisions get pushed back and eventually resolved, but the consequences are that people can't make tax plans or moves when they need to, the filing season is disrupted and no one is happy.

Grow up KinderCongress! This is an irresponsible way to run a government and it was on full, embarrassing display in the way the financial services bailout went down to defeat.

Yes, it was an imperfect bill.

And yes, it was not House Speaker Nancy Pelosi's finest moment to make blatantly political remarks before the vote.

But most of those citing Pelosi's comments as the reason they voted against the bill are either being disingenuous or really need to grow up.

This is the U.S. House of Representatives, ladies and gentlemen. Despite your frequent actions and comments, you are adults, not 4-year-olds, so quit acting up as if this were KinderCongress.

Do your jobs, not only for the voters in your district, but for the country as a whole. Yes, Main Street is angry at Wall Street, but every person in the United States is, or eventually will be, affected by what happens on that New York thoroughfare.

How many of those Main Streeters calling for the bailout to fail yesterday see today that their 401(k)s are now essentially 201(k)s? Without some help from Capitol Hill, other financial effects also will soon be felt across the country.

So Members of Congress, quit whining and do your jobs, both with regard to the bailout and other legislation you've been ignoring. Or in November, we voters will make sure you have to look for new employment.

I already have client asking me about this and what they can do. Right now I am saying don't panic.

Besides, Like you said would it really hurt to have a few less lines on the Forms?

Amen, Amen, Amen. New poll shows 67% of public don't trust government! It's not a financial crisis - it's a trust in government crisis!

KinderCongress - 5 year olds too busy blaming each other for playing with matches while the house burns down. No one willing to step up, take blame and tell me how to fix it. Until they admit what went wrong without partisan finger-pointing, I trust NOT ONE OF THEM!