Yeah, that headline looks like it came straight out of weekly News of the Weird, but it's true.

Plus it's much catchier than "Demutualization tax battle finally ends."

Both are accurate. The decision more than two decades ago by insurance companies to demutualize and the accountant who for most of that period fought the IRS over the tax consequences to individual policy holders due to that corporate shift has been resolved in favor of taxpayers.

And some folks now might finally reap the tax refund rewards of accountant Charles Ulrich's efforts. 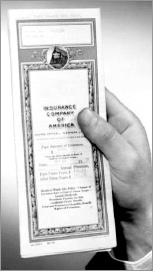 Demutualization details: For all of folks, here's some background. Back in the 1980s, insurance companies converted to stock companies to get their hands on more capital. Around policyholders of these companies received cash or stock in the demutualiztions.

The IRS said the recipients hadn't paid anything for the shares and therefore owed taxes on the full amount when they sold them. Cash distributions they received, said the IRS, also were fully taxable.

Ulrich, an accountant form Baxter, Minn., took issue with the IRS position. Since 2001, he's been working to change the agency's mind, arguing that policyholders had paid for their ownership rights through their premiums so the distributions should have been tax-free.

In the particular taxpayer case that went before Allegra, the IRS has been ordered to refund that plaintiff $5,725 in taxes plus interest.

Based on this case, others policy/share holders also likely are due refunds, but it's unclear just how large that demutualized pool is. There's a three-year statute of limitations in contested tax claims.

Still, props have to be given to Ulrich, now 72. Such tenaciousness in the face of any foe, much less one as overwhelming as the IRS, is to be applauded.

The victorious accountant told the Associated Press that he will prepare refund requests, for a fee (c'mon; the guy deserves to make a living after all his effort here!), for interested taxpayers, but said the principle is more important to him.

"I think it's important that taxpayers' rights be protected," Ulrich said. "We should have had a Boston Tea Party over this."

More info: You can read more on the case at WebCPA, Demutualization.org, TaxProf and Roth & Company's Tax Update Blog.

And if you're an affected taxpayer, read more on what steps to take next at Ulrich's Web site Demutualization.biz.

Accountants are the new rock stars!