Interest in how to close the tax gap -- the amount of money the IRS says it is owed but has not been able to collect -- has been rekindled by release of a new Government Accountability Office report. 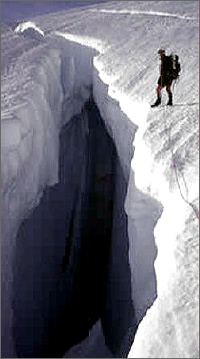 Previous studies have indicated the tax gap for 2001, the most recent year for which data are available, stood at $345 billion in uncollected taxes. The net i.e., the amount after of taxes were subtracted, has been pegged

The GAO report focused on ideas kicked around during a September 2007 forum of public and private tax professionals. The bottom line, according to the report, is that "the tax gap has been a persistent problem in spite of efforts to reduce it, as the estimated rate at which taxpayers voluntarily comply with our tax laws has changed little over the past three decades."

Gap solution highlights: The GAO noted that the discussions yielded a mix of recommendations, some of which had been previously raised, as well as newer ideas to help the IRS close the tax gap. The reports cites the following highlights

Some forum participants also suggested increasing information reporting, such as Dubya's budget proposal that brokers report the basis of security sales. Legislation in this regard is in the works.

Another suggestion was to provide incentives to improve compliance, as well as extend or eliminate the statute of limitations on enforcement actions.

And the report said that many Americans are not directly affected by tax code complexity because "they are insulated from such complexity, at least somewhat, by either paid preparers or through the use of tax preparation software." I'm not sure I agree with this assessment.

Congressional encouragement: Sen. Max Baucus (D-Montana), chairman of the Senate Finance Committee, views the report as encouragement for continued Capitol Hill efforts to close the tax gap. This issue has long been a pet project of the senator, as noted in this 2006 post about the uncollected money gap. 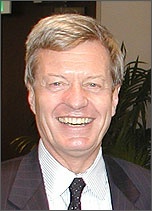 "This report underscores that the tax gap is a serious problem that is not going to be easy to fix," said Baucus in a prepared statement issued following the report's release. "The complexity of our tax laws and the increasingly global economy are driving the need to take a good look at tax reform in order to maintain our nation's competitiveness, improve tax compliance and reduce taxpayer burden."

He also announced that he would be holding hearings on tax reform, including ways to improve tax compliance and improve tax administration to reduce the tax gap. The GAO report estimated that closing the tax gap by a single percentage point could produce an extra $3 billion annually.

"The sooner we get full tax compliance, the sooner we can lower the tax burden for honest Americans who abide by our tax laws," Baucus said.

Increase the amount of money "whistle blowers" get from IRS. Money is a great motivator.

We need another tax amnesty. To hell with illegal immigrant amnesty, been there, done that, didn't work. We need one more tax amnesty so that those people who are in arrears, but afraid to file for fear of the consequences, can have all their back taxes wiped out and start anew.

But considering the fact that income tax has been ruled illegal anyway, I doubt it would help. I remember reading that suddenly, after the court ruliing, thousands of people stopped having tax withheld from their paychecks.

Personally, I overpay every year, through payroll deductions, and don't file. They probably owe me a bunch of money.

I am from India. In India as well, we were facing a similar situation some time back - there was huge need for increased money for the government, but a hike in taxes would have been hugely unpopular.

The government then focussed on decreasing the tax gap. The officials in the Income Tax Department (similar to the IRS in USA) were given strict targets for gap reduction.

People and companies were also given incentives to comply.

all this gave really good results, and yielded huge sums for the government that were till then locked up as receivables!