The stimulus checks apparently aren't enticing us to spend, according to the latest data from the National Retail Federation.

But maybe an end of summer mainstay -- back-to-school sales tax holidays -- will get those of us in participating states doing our economic shopping duties.

Earlier this year, a couple of states held tax-free holidays to encourage their residents to buy hurricane season supplies.

Vermont shoppers are in the midst of their midsummer shopping tax break. The Green Mountain State's suspended sales taxes on most items last weekend and its Energy Star appliance tax holiday, blogged about here. runs through today.

And a few more will have special tax-free events in the fall.

Back-to-school no-tax bonanza: But the real tax-saving holiday season kicks off in a couple of weeks as parents, if not their kids, get ready for classes to resume. This year, 13 states and the District of Columbia are holding back-to-school sales tax holidays.

Most of these events are the first weekend of August. Most typically exempt apparel and school supplies,including computers, from sales tax.

And in many cases, municipalities and other tax districts also waive collection of their levies during the holiday.

The table below lists alphabetically the 14 jurisdictions holding sales tax holidays next month. Click the locale links for more details on each event.

In addition to restricting tax-free purchases by price, most states also have specific product lists of eligible items. Some of these tax-free vs. taxable designations are as entertaining as they are  inscrutable.

For example, can someone explain to me why Iowa lawmakers decided belts sans buckles are taxed during its two-day tax holiday, but a belt with a buckle attached is tax-free?

So be sure to check your state's official product lists before you hit the mall.

Additional holidays on the horizon: After the kiddies are back in class, several states will offer shoppers another chance for sales tax savings. 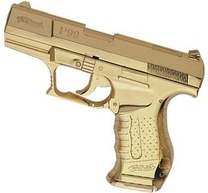 This November, and each Friday and Saturday after Thanksgiving in years to come, the Palmetto State will hold an annual Second Amendment Sales-Tax Holiday.

Yep, it's what it sounds like. On those two days, South Carolina will waive collection of its sales tax on the purchase of handguns, rifles and shotguns.

I suspect there are a bunch of gun-happy Lone Star State lawmakers who are kicking themselves for not coming up with this idea!

Below are the states that are providing shoppers with extra autumn days to save on sales taxes. As before, click the state name for more information from the various official tax offices.

A vanishing trend? Many tax experts contend that tax holidays are purely pandering to the bargain-hunting public. They argue that such events are, in fact, poor tax policy.

Plus, as states have confronted budget deficits and taxpayers resistance to other forms of taxation, such as increased income or property taxes, some have jumped off the tax-holiday carousel.

This year, Florida canceled its two state tax holidays. And it looks like Massachusetts event also is a no-go in 2008.

But even in the face of fiscal reality, it's a hard habit to break.

Years ago, the Sunshine State canceled its then lone back-to-school tax holiday, only to bring it back. And although Maryland suspended its annual school shopping holiday last year, the state has planned a week-long event for August 2010.

So don't be surprised to see the holidays survive in some fashion, since lawmakers and shoppers alike seem happy enough with tax-code tweaks that provide political cover and temporary tax savings.

Your tax-free shopping report: We'd like to know how sales tax free holidays affect you.

Does your state, or one near enough to drive to even with today's gas prices, have a tax holiday?

Do you put off purchases until then?

Do you end up buying taxable items, too?

How much do you typically save by not paying sales tax?

Glad I live in a country were we don't feel tax are already invading our lives.LOL..Nice post by the way.Thanks for the share.

Tax holidays are the perfect time to buy school supplies.

I have never heard about this. I wish we had something like this in Germany, too!