Housing bill -- and new homeowner tax breaks -- back on track

Now that Dubya has backed off from his threatened veto of housing legislation, look for a bill to be on his desk by the end of the week.

UPDATE, July 28, 2008: The housing bill should be law this week. More details in this post. 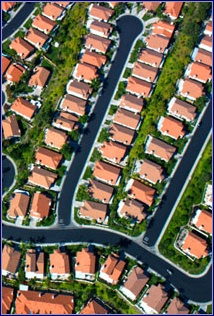 It's no surprise that Capitol Hill and the lame-duck resident of 1600 Pennsylvania Avenue have finally lined up behind the bill. After all, they previously bailed out some big financial firms and it just doesn't look right, especially in an election year, to take care of folks who write big PAC checks and not help at least a few struggling homeowners.

Dubya originally sided with many Republicans, but not enough to block the measure, who contend it's simply a handout to irresponsible homeowners and unscrupulous lenders.

But the prez, who'll be loading up a moving van in about six month, had a change of heart, no doubt in part because he wants to make sure a fellow Republican has a good shot at taking his place. And a little pandering, from both sides of the aisle, is part of that process.

That and the fact that being characterized as anti-average-homeowner would damage every candidate's chances of election or re-election if the housing crisis caused the economy to totally tank before Nov. 4.

What will the bill do? In addition to raising the pubic debt limit and putting aside some money in case Freddie Mac and Fannie Mae need it, the $350 billion housing package also will It sets aside money for state and local governments to buy up or refurbish foreclosed properties.

H.R. 3221 also has some goodies for those individuals who might head to a polling place.

A chunk of the housing-focused tax breaks, which total around $15 billion, will go toward programs to help homeowners who are about to lose their properties.

But folks who are hanging in there or are still hankering to be part of the property-owning American dream class get some breaks, too.

There's a tax credit of up to $7,500 for first-time home buyers. Right now, that definition will mean folks who literally are buying their first-ever residence, as well as folks who haven't owned a home for at least three years.

And the bill includes a property tax reduction -- $500 for single filers and $1,000 for joint filers -- for the more than 25 million homeowners who pay property taxes, but get no tax benefits because they claim the standard deduction rather than itemizing.

The House is expected to vote this afternoon on the bill. (UPDATE, 4:30 p.m. CDT: The House passed the bill 272-to-152.) It would go back to the Senate, where despite grumbling, it should pass by week's end.

Then on to Dubya to become law, just in time to reference in campaign speeches.

Shame on all of you that voted for this bill! Shame on President Bush for voting on it because it is an election year! Reward the irrisponsible and greedy with more, and make me pay for it in taxes down the road. Where is the justice for the folks that have played by the rules and did the right thing...waited til they could afford, not borrowing more than they can afford, lived within their means??? Nice message! I am embarrased to be an American!