Charitable tax break has gone to the dogs

A lot of people, not just her estranged grandchildren, rolled their eyes at the late Leona Helmsley's bequests.

Not only were they aghast at the Queen of Mean's gift of to her pooch Trouble (who now, poor pup, has to live on just $2 million), but they also weren't too thrilled that the bulk of the Helmsley estate went to a trust that, it turns out, will be distributed to canine-related charities.

Hey, it was her money. And even though I'm not a dog person (those pesky felines are my pet of choice), I certainly appreciate how much joy pets can bring. So if she wants to stiff human-oriented charities, then so be it.

Ray D. Madoff, however, thinks differently. And she blames the tax code as much as Helmsley. 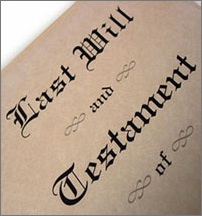 In Dog Eat Your Taxes?, an op-ed piece in today's New York Times, Madoff says Helmsley's $8 billion bequest "rubs our noses in the tax deduction for charitable gifts and its common vehicle, the perpetual private foundation. Together these provide a mechanism by which American taxpayers subsidize the whims of the rich and fulfill their fantasies of immortality."

It's not so much Helmsley's choice of charities, argues Madoff, a professor at Boston College Law School, is as it is the sheer cost of her last financial wishes.

She calculates that, under current estate tax law, Helmsley’s "donation for dogs is really a gift of $4.4 billion from her and from you and me."

Subsidizing immortality: One big problem, according to Madoff, is that private foundations are only required to spend a fraction of their assets.

Current tax law, Madoff notes, requires foundations to spend a minimum of just 5 percent of their assets a year, "thus helping ensure their perpetual existence, and their donors' immortality."

Such government subsidization of immortality could be stopped, Madoff argues, by making private foundations spend more of their assets on charitable work, even if it threatens their perpetual existence.

Good luck with that idea, since those folks leaving billions to dog-care groups and myriad other charitable organizations also are giving, before they shuffle off this mortal coil, a fair amount to lawyers and politicians to keep things just the way they are.

Gender clarification: I originally used the wrong pronoun in my second references to Prof. Madoff, who, I've learned, is a woman. My sincere apologies for making that classic "ass-u-me" mistake.

You might want to know that "Ray D. Madoff" is a WOMAN professor at Boston College Law School.