Tax trouble for the Queen of the Blues

Another legendary singer is facing tax troubles and possible loss of her home to the IRS. 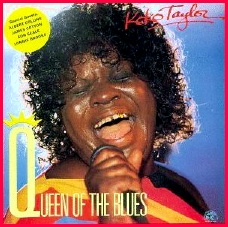 According to Forbes, contends the wheelchair-bound Taylor owes $400,000 in back taxes, penalties and interest.

If she can't pay, she faces the possibility that Uncle Sam will take most of her income, including royalties and Social Security, and maybe even her home.

The IRS has rejected her offer to take out a reverse mortgage on her suburban Chicago home and pay $200,000 plus up to of any future net revenue.

Apparently, the feds don't believe that the still-performing Queen of the Blues can't ante up the full amount.

Maybe Koko and The Queen of Soul need to team up and cut a record a la Willie to cover their tax debts.

And thanks to Dan at CreditCards.com for tipping me to WalletPop's dismay about Koko's tax predicament.