The housing relief bill that the Senate is expected to vote on later today contains an interesting tidbit: property tax deduction for homeowners who don't itemize. 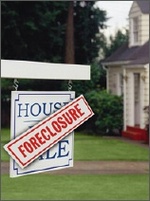 According to those who crafted the provision, that would enable more than 28 million nonitemizers who pay property taxes to get some tax break on those payments.

The bill also would provide a $7,000 tax credit to new homeowners who purchase homes already in foreclosure or on which foreclosure has been filed.

More from the major media on the other provisions of the bill, which some say benefits home builders more than homeowners, can be found in the Washington Post, the New York Times and the Los Angeles Times.