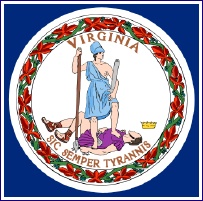 And now the state has created a plan to refund the more than $24 million collected earlier this year from seven taxes and fees paid by Northern Virginia residents and visitors.

The two vehicle registration fees and the property sales tax that made up the bulk of the collections will be the easiest to return to taxpayers. In most of those cases, the money will be refunded automatically, starting in April.

But hotel taxes, car rental taxes, car repair taxes and vehicle inspection fees, which were collected by hundreds of businesses across the region, will require affected taxpayers to apply for the refunds.

The state has set up a Web page, www.hb3202.virginia.gov, detailing the taxes that are now null and void and the processes established for getting the money back to taxpayers.

And while many Virginia lawmakers are upset with the ruling as they now will be forced to make hard decisions on how to replace the lost revenue, The Tax Foundation says the state's highest court "adopted a clear, precise, accurate definition" of a tax vs. a fee:

[W]hen the primary purpose of an enactment is to raise revenue, the enactment will be considered a tax, regardless of the name attached to the act … .

Driving another rough 'tax' road: These transportation-related fees are separate from another controversial Commonwealth of Virginia auto fee/tax; that is, the collection of "abusive driver fees" that began last July. This issue, too, is being battled in Virginia courts.

The assessments apply once a motorist is convicted of reckless driving, driving on a suspended or revoked license, driving under the influence, or other serious traffic offenses and can be paid in installments over three years.

As blogged about here, the fees are assessed only on Virginia drivers. The fairness of such enforcement is one of the main issues now being litigated.

Stay tuned. Virginians who have been deemed abusive drivers might one day get their ticket money back, too.