Combat pay and the stimulus rebate

If you or a family member is in the military and received combat pay, make sure you count that income when figuring just how much of a stimulus package rebate check you can expect later this year.

But for the stimulus package purposes, the IRS has announced that members of the armed forces can include combat pay on their 2007 or 2008 tax returns if it helps them qualify for the rebate. This applies to regular military, as well as to members of the Reserves and the National Guard.

By now, everyone knows that to get any rebate cash, you must have at least $3,000 in earned income or receive certain other benefits, such as Social Security or Railroad Retirement payments (blogged about here).

Rebate-eligible individuals will get a check, depending upon their circumstances, ranging from $300 to $1,200, plus $300 for each qualifying child.

You also have to file a 2007 tax return to get the money this year even if you usually aren't required to file. This is the case for service men and women receiving combat pay and no other taxable income.

These military personnel need to file Form 1040A and report their nontaxable combat pay of at least $3,000 on the form's line 40b. The Department of Defense lists the amount of excluded combat pay, along with the designation "Code Q," in Box 12 of Form W-2.

"The last thing we want our troops in Iraq or other war zones to worry about are their tax returns. But we do want the troops, and their families stateside, to know they may qualify for the economic stimulus payment," said Linda E. Stiff, Acting Commissioner of the Internal Revenue Service.

More time for military to file: Service personnel in a combat zone automatically have more time to file. The deadline is 180 days after leaving the combat zone.

But to receive the stimulus payment this year, combat zone personnel or their spouses must file a 2007 income tax return by Otherwise, they can claim the rebate on next year’s income tax return.

However, spouses or others with power of attorney can file a 2007 income tax return on the service personnel's behalf so the family can receive the rebate this year.

The IRS has developed Package 1040A-3, an eight-page publication containing tax tips, a sample Form 1040A and a blank Form 1040A, to help eligible taxpayers file for their rebate.

Bad news for SSI recipients: While individuals who receive Social Security and certain other retirement benefits might be able to get a $300 stimulus payment check, Supplemental Security Income does not count.

The IRS specifically notes that Supplemental Security Income, usually referred to as SSI, is not considered qualifying income for the stimulus payment. 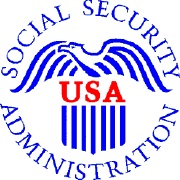 SSI is a federal income supplement program that is funded by general tax revenues, not Social Security taxes. It is designed , according to the Social Security Administration Web site, to help aged, blind and disabled people who have little or no income. The program was created in 1974 as a way to standardize various state-administered programs which served the same purpose.

Persons who have never worked or whose earnings produce only a small Social Security benefit, or no benefit at all, might find that SSI is the only program for which they qualify.

Unfortunately, it will not help them get any of this year's stimulus rebate money.

Don't forget Super Saturday: Folks who are eligible for the rebate but who usually don't file returns are encouraged to take advantage of free IRS help tomorrow, Saturday,

That day, dubbed Super Saturday by the IRS, the agency is opening the doors of 320 taxpayer assistance offices nationwide expressly to help affected individuals complete their returns so they can get their stimulus payments.

More on Super Saturday can be found in this previous blog item.

My bad! Thanks for pointing this out Jeff. I condensed down the IRS release on combat pay and the power of attorney mention -- which is for others, not spouses, who as you note can file in these cases for the spouse in the combat zone. Again, mea culpa to my other readers and kudos to Jeff for keeping me correct! Change has been made in the above post.

I think this posting has an error, you mention that if a spouse has a POA can file the return.