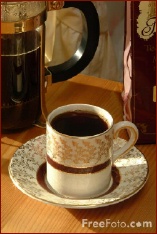 The connection between taxes and coffee is well documented. Untold pots are brewed in the wee hours leading to April 15 as taxpayers work to get their 1040s filed on time.

But the caffeine/tax link for Nicholas Cho hasn't worked out so well.

Cho is the proprietor of Murky Coffee, a popular Washington, D.C., coffee shop. He purchases fair-trade beans, offers a teacher discount and gives away coffee grounds for use as organic fertilizer. Those are just the kind of actions that have endeared him to his Capitol Hill clientele.

Unfortunately, he's not so beloved by the D.C. Office of Tax and Revenue. According to the Washington Post, on Feb. 26 District tax agents placed bright red "seized" signs in Murky Coffee's windows and padlocked the door.

Tax records indicate that Cho's shop owes more than $427,000 in sales and franchise taxes. A lien filed against the business shows that Cho paid sales tax to the D.C. government in only three of the 24 months from November 2004 to October 2006. Officials with the tax office told the Post that said Cho missed payments in 2007 and 2008 as well.

Cho told the paper he's not an intentional tax scofflaw, just a bad money manager. You can get the rest of the story here, including the reactions of caffeine-deprived Capitol Hill residents.

Ways to pay: Maybe you're thinking of not filing or paying your taxes because you just don't have the money. Stop! Back away from that terrible idea right now! As Cho's case illustrates, you'll only get in more trouble if you ignore your tax responsibilities, both as they apply to state tax obligations and Uncle Sam.

At the federal level, the first thing to do is file your forms. If you owe, pay as much as you can with that filing. It at least shows the IRS you know your situation and are making an effort.

Even more importantly, you'll avoid the IRS' failure-to-file penalty; that's 5 percent per month up to a maximum of 25 percent of your balance due.

And by sending in at least a nominal amount, you'll also help reduce at least a bit the companion failure-to-pay penalty, which is 0.5 percent of the amount you owe.

Once you have your 1040 in, then look at ways to pay. You have several options.

Charge it: Some people choose to put their tax payments on credit cards. That's fine if you can manage those accounts better than your taxes. But too often that's not the case. So don't automatically pull out the plastic. While it's never a good idea to be in violation of tax laws, at least the IRS penalty rates are dramatically lower than most credit card interest rates right now.

Instead, look into some payment options offered by the IRS.

Set up a payment plan: Filing Form 9465, Installment Agreement Request, can get you a monthly payment plan for your taxes.

Two key things here: your tax bill must be less than $10,000 and you have to show the IRS that you can't come up with your full bill amount all at once. If you owe less than $25,000, you can apply online for a payment agreement.

Also remember that paying the IRS over time, like all credit arrangements, will cost you more. The IRS charges application fees: $105 for taxpayers who make monthly payments by check or $52 for folks who let the IRS directly debit the payments from their bank accounts. The fee is reduced to $43 for certain lower-income taxpayers.

Let's make a deal: Some taxpayers might be able to pay the IRS less than their bill. This is possible through the agency's Offer in Compromise (OIC) program. Here you tell the IRS how much you can pay and offer to settle your bill at that amount. The IRS will consider it because it hopes to get at least some money sooner rather than go through a costly collection process.

This sounds like a good deal, and for some it is, but it's not a simple as it sounds. An OIC is not just a way to negotiate down what you owe. If you don't offer to pay a reasonable amount of your bill based on your true ability to pay, the IRS will flat-out reject your proposal.

IT also will cost you to make an offer. To discourage folks who simply use the system to delay paying or make unrealistic offers, the agency charges most applicants a $150 fee with an OIC request. The fee is waived for filers who have little or no income.

If you believe this is the payment course for you, file you need to file two forms: Form 656, Offer in Compromise, and Form 433-A, Collection Information Statement.

More information: You can get more information on your various payment options from the IRS and the private companies that help administer the programs:

Now I'm off to Starbucks for my grande no-whip mocha Frappuccino.