Britons deep in debt, too

The United States and Great Britain share more than a mostly common language.

Consumers in Britain, just like many here in America, have been on a debt-financed spending spree for most of the last decade. That's made the United Kingdom the most indebted rich nation in the world, according to an article in today's New York Times. 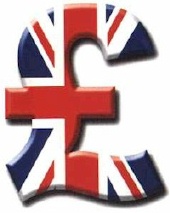 The newspaper reports that our fellow shoppers across the pond have racked up a record in debt U.S.). That's more than the country’s gross domestic product. Here in the U.S., personal debt, including mortgage loans, is slightly less than the American national GDP of

Now, however, the debt-gorged British are beginning to worry that the borrowing and spending party is winding down. NYT reporter Julia Werdigier writes:

The ease of the bankruptcy process, the availability of debt, the property boom and strong economic growth, lulled consumers into a "false sense of security that is now coming to haunt us,” said James Falla, a debt adviser at London-based Thomas Charles.

"It’s all good as long as the economy is doing well, but if that changes people will really get caught short," he added.

You can read the full story here, including the interesting tidbit about how in the late 1990s American lenders "pushed into the British market with a panoply of new lending products. Fierce competition among banks meant potential borrowers were suddenly bombarded with advertising and offers for low- or no-interest loans and credit cards."

Those dang colonists! Once again causing problems for the British Empire!