You gotta say this for the U.S. tax code: It brings out the truly creative nature of a lot of folks. 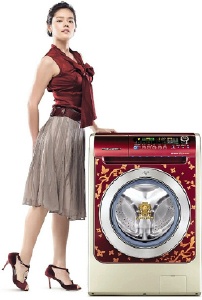 Under the wash sale rule, you can't sell a stock for a loss then repurchase the same or substantially similar holding within 30 days or the IRS will disallow the immediate tax benefit of the loss.

Some folks, however, have gotten around the rule by buying the sold or similar stock for an IRA account. The argument was that since the retirement plan (Roth or traditional) is separate from the taxpayer's individual personal holdings, the wash sale rules don't apply.

And if the stock that was sold by the "individual investor" for a loss then goes up in value after the same/similar stock was repurchased by the "retirement investor," both "investors" win, one getting a tax loss on his or her regular taxes and a gain on his or her retirement account value.

Well, the IRS has had enough of that.

In English, that means the IRS officially recognizes that the individual investor and the IRA investor are one person and the wash sale rules apply. In fact, the ruling makes the rules tougher in this case.

Under the usual wash sale rules, the immediate tax savings from the sale loss would be disallowed; but the the loss amount is added to the cost of the new shares bought, affecting their basis that comes into play when those are subsequently sold. Now, though, the previously-sly investor would lose the immediate stock-loss tax deduction and also would not get any tax basis benefits when the same/similar IRA stock is eventually sold.

Since people make tax-related investment moves at the end of the year, the issuance of the ruling probably was no coincidence.

The New York Times has a couple of mentions of this ruling. David Cay Johnston's story examines, in part, the difficulty the IRS faces in enforcing it. And Floyd Norris, in his blog Notions on High and Low Finance, gets a lot of comment on the ruling.

In fact, blog reader Garak brings up some interesting issues that could flow from this ruling, such as its retroactive reach, the 15 percent excise tax on prohibited transactions and the possibility of perturbed IRA holders who used this now-nixed strategy taking legal action against the tax advisers who recommended it.

As Garak notes, "Not a pretty sight."