An IRS manager and his estranged wife are the latest individuals charged in connection with a Washington, D.C., property tax scam, first blogged about here. 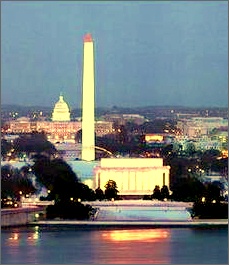 According to various news reports (Washington Post, WJLA, NBC4 and WTOP), Robert O. Steven and Patricia A. Steven were arraigned in U.S. District Court on charges of illegally receiving and cashing at least $2.8 million in 11 fraudulent property tax refund checks.

The scheme allegedly involved D.C. Revenue Office employees who generated property tax refunds for companies that did not exist or were not owed a refund. Once the improper clerks were issued, the defendants allegedly diverted and cashed them.

Steven is a division director of the IRS' New Carrollton, Md., office. Among the items he purchased with the allegedly ill-gotten D.C. tax office gains were four Jaguar cars. In fact, FBI agents reportedly put a Global Positioning System device on his 2007 Jaguar convertible to track Steven's movements.

His wife, Patricia Steven, from whom he's separated, reportedly is a close friend of the key defendant in the case, Harriette Walters. The two women allegedly spent thousands of scammed dollars on numerous shopping trips.

Authorities also have taken steps to seize two homes in New Jersey that Walters and Steven allegedly used stolen D.C. tax money to pay for, at least in part.

Prosecutors say the scam appears to have been operating since 1990. So far, 10 people have been arrested and authorities have identified fraudulent checks totaling at least $20 million.