A lot's been happening in the auto/tax area of late and my notes have been piling up, so I've decided to put them all -- the energy bill, standard mileage deduction amounts and the latest on the hybrid tax credit -- in this one auto tax-o-rama item.

This'll be long, so let's get started.

The current corporate average fuel economy, or CAFE, standards, passed in 1975, call for 27.5 miles per gallon for cars and for trucks.

Under this energy bill, the CAFE standards would be increased to 35 miles per gallon. The new fuel standards would take effect gradually, beginning with the 2011 model and being fully in effect by 2020.

On Friday, however, Senate Republicans opposed to the bill blocked a vote, leaving it, at least temporarily, in limbo.

The CAFE standards actually weren't as problematic as the other provisions: required renewable energy rules and the oil and gas company tax hikes.

And Dubya, of course, says there's no way he'll sign legislation that raises taxes. The fact that they'd be on oil companies is just added incentive to veto the measure in its present form. 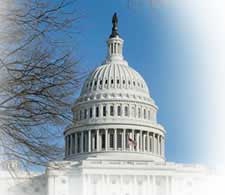 Time running out for compromise: Capitol Hill leaders say they'll work to come up with a compromise that'll make everybody happy, Good luck with that.

And good luck doing so before lawmakers throw up their hands and say "we're outta here" for the holidays.

If that happens, the measure would have to be considered during the next Congressional session. That's 2008. An election year.

No way Representatives and Senators hoping to hold onto their jobs are gonna want to talk tax hikes closer to Not to mention the presidential candidates.

While automakers and oil companies probably are pretty pleased right about now at the lack of action in D.C., their joy might not last long.

Brandon Keim of Wired Science says if this bill doesn't make it into law, it could make matters worse for the bill's opponents down the road. Click here to read Keim's reasoning.

Speaking of mileage: The IRS has released the standard mileage deduction amounts for 2008. These are the per mile deduction amounts you can use to figure your write-off amount so that you don't have to keep complete track of all your tax-related auto expenses.

Beginning Jan. 1, 2008, the standard mileage rates for the use of a car (or van, pickup or panel truck) will be:

Next year's business mile rate is 2 cents more than the 48.5 cents per mile allowed on 2007 tax returns.

The new rate for medical and moving travel compares to 20 cents in 2007.

The 14 cents per mile for miles driven in service of charitable organizations is the same, since this amount is set by statute and not affected by inflation. Write your Congressman or woman about this unfair travel deduction situation!

Questionable calculations: I know what you're asking. Why did business travel go up 2 cents and moving/medical drop a penny?

No one at the IRS wanted to talk specifics; they just noted that different calculation methods are used for the two rates.

The biggest fixed cost is the price of the vehicle. The biggest variable cost is gasoline.

It has been more than seven years since I've bought a car, so maybe sticker prices have gone up enough to push the fixed-cost calculation up past the variable one. But I do know for sure that gas prices have skyrocketed.

So it seems counterintuitive to me that the rate based primarily on gas prices goes down while pump prices in 2007 went up. If the rate stayed at 20 cents, OK. But dropping to 19 cents? That just doesn't seem right.

And I wouldn't be surprised to see this adjusted again in 2008 if fuel costs stay high or rise more.

Honda hybrid breaks fading: If the cost of fuel is a big concern, maybe you're considering a hybrid.

As noted many (many, many) times here, you get a tax credit for IRS-certified hybrid vehicles ... as you don't want a really popular one.

The credit for Toyota/Lexus hybrids was zeroed out on Oct. 1.

Now Honda will start to face that same fate. The IRS announced that the Honda hybrid credit phaseout will begin on Jan. 1, 2008.