The dust has settled on the alternative minimum tax legislation. Dubya is preparing to make it law. And the IRS is madly running its computer programming tests. 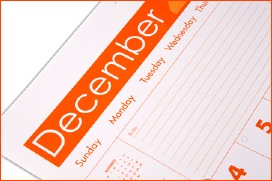 Now it's time to look at some moves you can make by Dec. 31 if the one-year patch isn't enough to keep you out of the AMT's clutches.

First, you want to ignore some earlier advice I gave: Don't prepay your state and local tax bills, either property or income. Sure, making these deductible payments early might generate a larger tax break under the regular tax laws.

But since these deductions aren't allowed under AMT, they won't do you any good on your 2007 return. You might as well hang onto your money and hope that you escape the AMT next year and can get the tax benefits from them then.

Secondly, do take my earlier advice in that same previous blog item and pay your January mortgage by Dec. 31. Mortgage interest is one of the few deductions allowed under both the AMT and the regular tax system.

Finally, you can continue to give to your favorite charity this tax year and write it off regardless of which tax system catches you. Deductible donations are still allowed under the alternative minimum tax.

Let's just hope that when Congress deals with this again next December -- and you can bet the house that it'll be about this same time in 2008 when it comes up for another patch vote -- they don't any ideas!

I would like to see Congress hopelessly gridlocked on this issue, indefinitely. I suggest only one change, in names only:

If you're at the lower end of the income spectrum, you have to do more paperwork to qualify for the lower Alt. Max. Tax. Otherwise, things are simpler and you just pay the much easier to calculate FTFKATAMT, Flat Tax Formerly Known As The Alternative Minimum Tax.