'Trust us on AMT,' Congress says

Around 23 million taxpayers are hoping that Congress will indeed get some sort of alternative minimum tax relief passed in time to prevent them from facing a bigger bill on their 2007 returns.

And the IRS is just hoping that it's done quickly enough to get the paperwork updated.

Uncle Sam still has nightmares about last year's late (Dec. 20) enactment of multiple tax provisions. That threw the filing process into chaos, especially for the millions of taxpayers who filed the old fashioned way, because the paper forms had gone to press many weeks before the tax laws were OK'ed.

Not to worry this time, say the the chairmen and ranking members of the House Ways and Means and the Senate Finance Committees. The four lawmakers sent a letter to Acting IRS Commissioner Linda Stiff (and copied her boss, Treasury Secretary Henry Paulson) promising they would do their darnedest to get the AMT patch passed quickly.

"We plan to do everything possible to enact AMT relief legislation in a form mutually agreeable to the Congress and the President before the end of the year," the letter said. "We urge the Internal Revenue Service to take all steps necessary to plan for changes that would be made by the legislation."

The House started its part of the job today, with the Ways & Means Committee approving Chairman Charles Rangel's AMT relief and extenders bill. The measure would allow several personal credits against the AMT and the parallel tax's exemption amount for 2007 would be upped to $44,350 for individuals and $66,250 for married taxpayers filing jointly.

Not so fast: Although the Administration appreciates the Committee's commitment to timeliness, it's not so happy with today's actual action.

In a statement late this afternoon, Paulson expressed concern that the approved AMT measure includes tax increases, which he said "make it very difficult for a patch to be passed quickly." 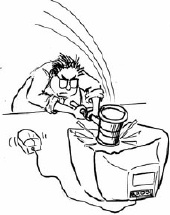 And while the IRS would like to take Congress at its word (wouldn't we all?) and trust that it'll get the job done in time, Commissioner Stiff has let lawmakers know that until legislation is actually signed into law, the agency's systems cannot be fully programmed for the proposed AMT patch.

The IRS has started planning the redesign of IRS systems based on the proposed legislation, but unless a bill is enacted by early November (uh, like NOW!), she said up to 50 million taxpayers at all income levels nationwide would be negatively affected come filing season.

Stiff's comments echo an earlier warning from Paulson, who sent a letter Oct. 23 to lawmakers urging them to get on the stick.

"Based on historical filing patterns, we estimate that enactment of a patch in mid-to-late December could delay issuance of approximately $75 billion in refunds to taxpayers who are likely to file their returns before March 31, 2008," Paulson wrote.

The reason for the potential filing, and refund, delay is that the AMT affects how much and in what order taxpayers can claim various deductions and credits, such as the child tax credit, the child dependent care credit and education credits.

In view of the comments re a patch possibly not passing until late December, I have decided to look at how best to proceed if No Patch is passed.

In my case, for married couples filing jointly where the exemption amount reverts to $45,000 for 2007, I would choose to postpone paying the very high property taxes into 2008 with the hope that the problem will be solved for 2008 before the November 08 elections. That would mean taking the standard deduction this year since I would have to pay AMT anyway (and not waste my high property tax deduction). Estimating income and deductions for 2008, I can compute my estimated AMT liability based on the results. If it turns out I don't owe any AMT, then I have figured out a legal way around this mess that we have been put in by a Congress acting like a bunch of scrapping children.

However, I am wondering what you or your bloggers think about Congress passing a retroactive patch in January in which case I would have lost out on my gamble.

One additional note -- by shifting payment of the property taxes to 2008, I would then itemize for state tax purposes in 2008 and get a very nice state tax refund in 2008 while owing no additional state tax for 2007 while taking state standard deduction.