The voters have spoken

Well, a few of them have.

As usual on a non-presidential election day, turnout was tiny here in Texas. I suspect it was the same elsewhere across the country.

But you'd have thought, here in Texas anyway, where we had 16 constitutional amendments to decide, a few of the issues would have motivated more folks to head to their polling places

I mean, c'mon. Who couldn't get excited about such things as the retirement age of judges, eminent domain repurchases and what to do about the state office of hides and animal inspector (it was abolished).

Pocketbook voting: But there also were plenty of money related amendments. We Lone Star Staters were asked to approve issuance of more than $9 billion in state bonds.

So that meant the extensive ballot included lots of vaguely-worded changes like this one that would allow issuance of bonds to pay for "maintenance, improvement, repair, and construction projects and for the purchase of needed equipment."

I don't know about you, but I'm always a little suspicious of the way ballot language lays things out so nebulously. What exactly falls under the definition of "needed equipment?"

If you did your pre-voting homework, you learned this particular amendment (#4) pertains to work on state prisons, state parks and county courthouses, and state schools for mentally impaired citizens (no jokes about that being all Texans!). But let's get real; how many people do their pre-voting homework?

But it passed, as did the other 15 amendments. You can check out the full, final results at the Secretary of State's elections page. There you'll find that the amendment that passed by the widest margin was not the highly-publicized cancer funding proposal championed by Austin hero and cancer survivor Lance Armstrong.

State tax tweaks: No, it was one that no one seemed to talk about much before election day: giving disabled veterans a larger property tax break. Ninety-one percent of Texans agreed that these former military service men and women should have some or all of their homestead exempted from property taxes.

I was surprised to learn that my home state didn't do this already. Quite a few states do provide special tax consideration for vets, as well as older homeowners in general. Now we're part of that group.

Other tax-related proposals that my fellow Texans approved include limiting the appraised value of all homes for property tax purposes and exempting from business property taxes personal vehicles that also are occasionally used to conduct business.

Elections elsewhere: Across the rest of the United States, voters made their opinions on tax matters heard, too. 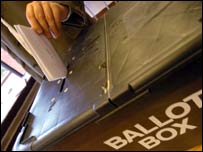 Oregonians rejected a cigarette tax hike that proponents wanted to use to pay for health care for uninsured kids.

Utah voters killed the nation's first statewide school voucher program. It would have provided tax dollars to pay for private tuition, no matter how much a family earned and regardless of whether kids were in bad schools.

Washington State residents continued their effort to limit tax increases. A ballot measure that would require 2/3 legislative approval or voter approval for tax and fee increases appears to have narrowly passed.

You can read more about yesterday's various election results in these ABC news and CBS news stories.

The BallotWatch program of USC's Initiative & Referendum Institute also does a good job of tracking election issues state-by-state. The site still has up its 2007 election preview material, but it should have results and analysis info posted shortly, so keep checking. In the meantime, you can check out the fates of prior year ballot efforts.